Monthlong exercise program given to 15 patients via telehealth 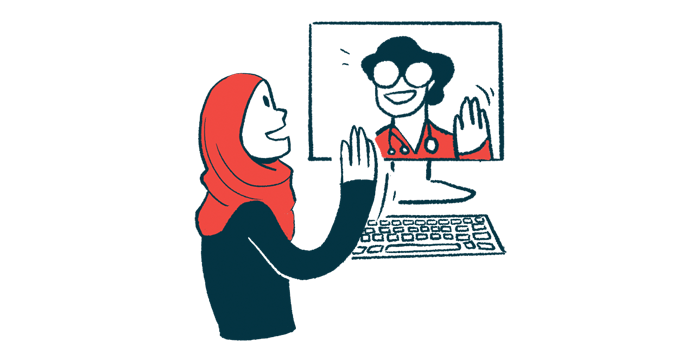 Four weeks of physical therapy — specifically, the Lee Silverman Voice Therapy (LSVT)-BIG program — given via telemedicine led to improvements in life quality and symptoms in Parkinson’s disease patients similar to those observed with in-person use of LSVT-BIG, according to a small study.

Larger studies of the virtual exercise therapy program, ideally including a control group of patients with face-to-face sessions, are warranted, its researchers noted.

“It is critical to follow up on telerehabilitation approaches regarding long-term effectiveness in chronic diseases such as [Parkinson’s],” the team wrote.

The study, “Effects of LSVT-BIG via telerehabilitation on non-motor and motor symptoms and quality of life in Parkinson’s disease,” was published in Acta Neurologica Belgica.

Rehabilitation programs are a key component of Parkinson’s management, and different rehab approaches are used to treated this neurodegenerative disease’s various motor and nonmotor symptoms.

Ranging from movement therapy to music, and occupational, speech and language therapies, these programs can significantly help patients in retaining a better quality of life.

LSVT-BIG is one such approach that aims to increase patients’ functional abilities through large, whole-body movements that aid both gross and fine motor skills. Its protocol calls for one month of one-on-one sessions with a physical therapist four times per week, and mostly includes exercises like walking and stair climbing to increase the size (amplitude) of a person’s movements, aiming to keep a normal range of movement. Other exercises can focus on smaller tasks, like buttoning up a shirt or writing.

While the program has been shown to ease motor symptoms, its effects on nonmotor symptoms are not as well-established, the researchers wrote, although this “therapy also requires sustained attention and cognitive engagement.”

With the recent surge in telemedicine, including for physical rehabilitation, it also isn’t clear whether LSVT-BIG could successfully translate to a virtual format, they added.

Researchers at the SANKO University School of Medicine in Turkey investigated the effects of LVST-BIG, delivered via telehealth, on life quality and Parkinson’s motor and nonmotor symptoms.

A total of 15 patients, ages 45 to 77, were included in the study. Of these nine men and six women, all were at or below stage 3 on the Hoehn and Yahr scale, meaning they had some postural instability but were physically independent, and had relatively mild-to-moderate disease.

The four-week training program was conducted much like the in-person version, but given online under the supervision of a physical therapist. Exercises included floor-to-ceiling or side-to-side stretching from a seated position, as well as forward, backward, and sideways large steps, coordinated arm movements, and “large amplitude” exercises like sitting up and standing.

Life quality was evaluated with the Parkinson’s Disease Quality of Life Questionnaire-39 (PDQ-39) before and after the rehab program. Significant improvements were observed after the program in all quality of life parameters — ranging from activities of daily living and emotional well-being to cognitive and communicative skills — except for social support, the researchers noted.

Findings here suggest “the program effectively improved quality of life on short notice,” the researchers wrote. “This result may be associated with physical recovery providing well-being in other parameters, or the hormonal effects of exercise.”

Improvements were also observed in both motor and nonmotor experiences of daily living and motor abilities, all assessed under Parts 1, 2 and 3 of the Unified Parkinson’s Disease Rating Scale (MDS-UPDRS).

Further analyses demonstrated that gains in quality of life, across several domains, were associated with the degree of motor and nonmotor symptom changes captured on the MDS-UPDRS, particularly for non-motor symptoms.

“To the best of our knowledge, there is no other study in which the LSVT-BIG rehabilitation program with remote access has been performed, and its effects on quality of life and motor and non-motor experiences have been evaluated,” the researchers wrote.

“The fact that we applied LSVT-BIG treatment via telerehabilitation and achieved results similar to the face-to-face method suggested that it could be a viable method with remote access,” they added.

Of note, study participants had relatively milder disease, with neither severe dyskinesia (the involuntary, uncontrolled movements that can come from long-term levodopa use) nor comorbidities (co-existing conditions), limiting the generalization of its findings.

Still, “we hope that data will be obtained from larger samples as this method becomes more applicable in daily practice with the developing technology,” the researchers wrote. “We think that there is a need for studies that evaluate the satisfaction and compliance of patients with these applications.”

Longer-term studies ideally also would include a control group given the conventional, in-person therapy.

“Patients and their caregivers should be encouraged to exercise programs.”