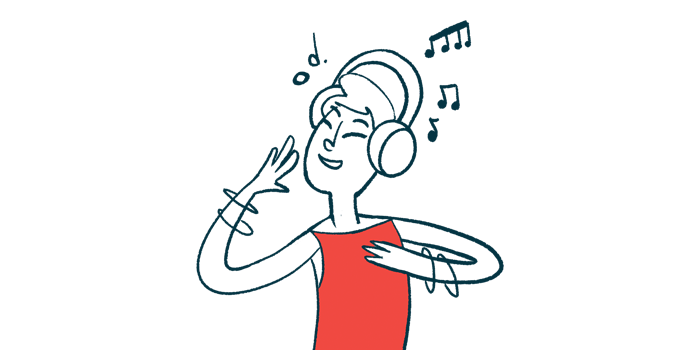 A one-hour group singing session significantly eased problems with walking and posture, as well as tremors, in adults with Parkinson’s disease who were on stable medication, a small study reported.

While no significant benefits were seen for speech and facial expression, or for bradykinesia (slowness of movement), patients taking part in singing sessions for many years — the study did not specify how many — showed greater reductions in bradykinesia.

In turn, those with fewer years of singing experienced greater improvements in gait and posture.

These preliminary findings highlight group singing’s potential to lessen some motor symptoms in Parkinson’s patients. Its researchers called for further studies to confirm the benefits seen.

Increasing evidence suggests that singing can be therapeutic with Parkinson’s, a disease characterized by movement-related symptoms, in addition to breathing, swallowing, and speech difficulties.

Notably, previous research at Iowa State University showed that two months of group singing sessions, once or twice a week, significantly eased swallowing-related muscle activity, as well as breathing, voice control, and quality of life in adults with early-stage Parkinson’s.

“Participants in these studies also reported that the groups were fun and relieved stress, they felt better and were able to move better after GTS [group therapeutic singing],” the researchers wrote.

These reports suggested that group singing may also address some Parkinson’s movement difficulties, but these were not assessed with objective and appropriate measures.

Notably, these studies were led by Elizabeth Stegemoller, PhD, a music therapist and an associated professor of kinesiology — the study of human body movement — at Iowa State University, where she runs singing classes for Parkinson’s patients.

“Examining the effects of GTS on clinical motor symptoms may differentiate the effects of singing from physical activity, providing further insight into how music alone benefits [Parkinson’s patients],” the researchers wrote.

The vocal exercises and therapist-chosen songs had been used in previous GTS studies, and no lyrics or music were provided to promote proper posture while singing.

The study included 18 people (11 women and seven men; all Caucasians), with a mean age of 74.9 and an average disease duration of 7.5 years. Patients, who did not show signs of severe cognitive impairment or depression, had been participating in group therapeutic singing for an average of 2.4 years.

They were on the same Parkinson’s medication for the last 30 days prior to a motor assessment, which was performed at an average of 206 minutes (nearly 3.5 hours) after the last treatment dose.

Results showed that the group singing session was associated with a reduction in patients’ average total UPDRS-III scores, reflecting better motor function. However, this difference failed to reach statistical significance, meaning that it could be due to chance alone.

Still, 67% of the participants demonstrated a drop in total UPDRS-III scores. The largest score reduction observed was of 11.5 points, and the largest increase, reflecting worse motor function, was of 3.5 points.

In terms of UPDRS-III domains, score changes “across each domain were different for each participant,” the team wrote.

No significant score changes were detected for other motor symptoms. But a score drop for bradykinesia was detected in 50% of participants, and a score reduction for speech and facial expression problems was observed in one-third of these patients.

However, patients with more years of group singing showed the greatest reductions in bradykinesia, while those with fewer years had the greatest improvements in walking and posture. These associations were statistically significant.

These preliminary findings highlight that, despite not involving overt physical activity, group singing significantly lessens motor symptoms such as walking and posture problems and tremors beyond the effects of standard medication.

“GTS may immediately engage and/or enhance other neural networks that are involved with [walking], posture and tremor,” the team wrote, while improvements in speech and facial expression “may take a longer period of time over several sessions before observing significant changes.”

Reductions in bradykinesia also “may emerge over time given the significant association between years singing and the change in bradykinesia score,” the researchers added.

These data “support the notion that GTS is a beneficial adjuvant therapy for persons with [Parkinson’s disease]” and “the need for future long term research on the effects of GTS on motor symptoms” and on its underlying mechanisms, they concluded.

Notably, Stegemoller is currently leading a study evaluating the effects of four months of group singing sessions on Parkinson’s patients’ breathing and swallowing skills, brain activity, and for changes in the levels of inflammatory, bonding, and stress markers.