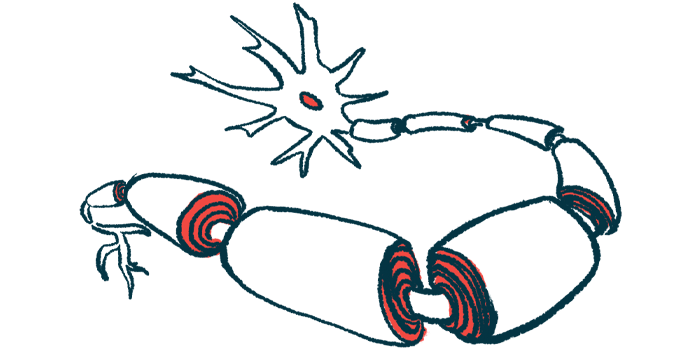 A family of proteins called Piwis and the tiny regulatory RNA molecules they interact with — Piwi-interacting RNA (piRNA) — are critical for the formation of new neurons in the adult brain, according to recent research in mice.

Data showed that depletion of a specific Piwi protein, called Mili, in neuron progenitor cells led to impaired neuron generation (neurogenesis), and signs of abnormal cellular aging and inflammation in the brains of adult mice.

“Our work opens new avenues for the therapeutic uses of these tiny RNA molecules for the early diagnosis of age-related brain [diseases] and possibly new RNA vaccines against neurodegenerative diseases such as Alzheimer’s and Parkinson’s,”  said Davide De Pietri Tonelli, PhD, the study’s senior author, in a university press release.

Tonelli is the coordinator of the neurobiology of miRNA laboratory at the Italian Institute of Technology, in Genova, Italy.

The study, “Piwil2 (Mili) sustains neurogenesis and prevents cellular senescence in the postnatal hippocampus,” was published in EMBO Reports.

While neurogenesis is prevalent throughout the brain during early development, the process continues in adulthood within certain brain regions, such as the hippocampus, to combat cell loss and ensure proper brain function during aging.

One of such brain regions is the hippocampus, which is important for learning and memory.

Neurogenesis during adulthood relies on adult neural progenitor cells (aNPCs). A balance between these cells’ quiescence, or a reversible state of growth arrest, growth, and maturation “guarantees lifelong neurogenesis in the adult hippocampus, prevents the generation of reactive glia, and curbs neurodegeneration,” the researchers wrote.

Reactive glia are a type of brain cell implicated in neurodegenerative diseases such as Parkinson’s.

Impaired neurogenesis in the hippocampus has been implicated in a number of neurodegenerative diseases, including Parkinson’s, contributing to the accelerated brain aging and cognitive declines that accompany these disorders.

As such, “understanding the molecular control of aNPCs fate is pivotal to develop novel therapies aimed at preventing or delay age-dependent loss of neurogenesis and related [diseases],” the researchers wrote.

Piwi proteins are required for the generation and function of PiRNAs. Piwi proteins and PiRNAs — the piRNA pathway — are known to regulate cell maturation and maintain pools of precursor, immature cells.

While mostly found in male reproductive organs, the piRNA pathway also is present in brain tissue, including the hippocampus, where they have been proposed to control memory and anxiety.

However, the underlying mechanisms remain unclear.

Now, Tonelli’s team, along with colleagues at the Institute and in Japan and the Netherlands, evaluated whether piRNAs influenced neurogenesis in the adult mouse hippocampus.

Specifically, they looked at the growth, survival, maturation, and fate of adult neural progenitor cells (aNPCs), the precursors to mature neurons in adulthood. Compared with fully mature neurons, piRNAs are more abundant in their precursors.

In a series of experiments, the team found that Mili, one of the essential Piwi proteins for piRNA generation and function, was present in aNPCs from the hippocampus of adult mice, but its levels declined in mature neurons.

“These results indicate that Mili [production] is dynamic in neurogenesis, being enriched in neural stem/progenitor cells and depleted in their [mature] progeny,” the researchers wrote.

Likewise, piRNA molecules dependent on Mili were found in aNPCs, but their levels dropped as these immature cells matured into neurons.

The researchers found that when Mili, and therefore its dependent piRNAs, were depleted in the hippocampus of adult mice, aNPCs could no longer properly mature into neurons.

Instead, it appeared that the production of reactive astrocytes was increased. Astrocytes are the most abundant glial cell type in the brain and spinal cord. While they usually support neuron heath, they are abnormally activated in brain diseases such as Parkinson’s. This process, called gliosis, is known to promote harmful brain inflammation.

Oxidative stress is a type of cellular damage implicated in several neurodegenerative diseases, including Parkinson’s. Cellular senescence is an age-related state of irreversible growth arrest and is a key process linked to neurodegeneration.

More than 6,000 genes could be influenced by Mili

Ultimately, the researchers identified more than 6,000 genes that may be influenced by Mili during neurogenesis, many of which are known to be regulated by piRNAs, and are involved in processes such as DNA repair, regulation of gene activity, cell death, cell growth and maturation, and oxidative stress.

Overall, “this study provides the first evidence of the role of the piRNA pathway in neurogenesis,” the researchers wrote.

“This finding adds a new layer of complexity to the understanding of adult brain plasticity and entails implications for aging and neuronal disorders, where dysregulated expression of the piRNA pathway has been reported, such as neurodegeneration and various psychiatric conditions,” the team wrote.

Brain plasticity refers to the brain’s ability to modify its connections or rewire itself.

In the future, the researchers plan to analyze whether the levels of these piRNAs are altered in specific brain diseases like Parkinson’s, which could ultimately form the foundation of new diagnostic or therapeutic tools for neurodegenerative conditions.