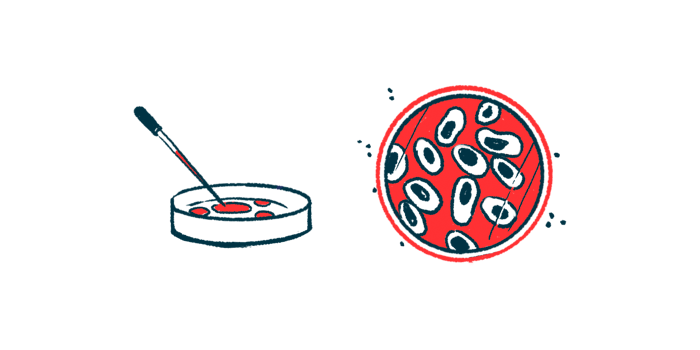 More research is needed to understand how alpha-synuclein — a protein whose accumulation is characteristic of Parkinson’s disease — affects cells other than nerve cells, particularly microglia, the resident immune cell of the brain.

A pair of researchers at the Van Andel Institute in Michigan raised this argument after reviewing what’s known about the biology of alpha-synuclein, and the implications this might have for microglia activity in Parkinson’s.

“The evidence demonstrating that alpha-synuclein influences [cell development] and inflammatory responses provides precedence to explore the functions of alpha-synuclein in microglia as they develop and mature, to determine if dysfunctional differentiation and immune responses in microglia contribute to increased risk for PD [Parkinson’s disease],” the team wrote.

Their review, “Functions of Intracellular Alpha-Synuclein in Microglia: Implications for Parkinson’s Disease Risk,” was published in Frontiers in Cellular Neuroscience.

One of the hallmark features of Parkinson’s disease is the formation of aggregates (clumps) of alpha-synuclein. These aggregates are thought to drive the death and dysfunction of neurons (nerve cells), which is ultimately what causes disease symptoms. Of note, certain mutations in the gene that encodes alpha-synuclein have been linked with an increased risk of Parkinson’s.

Because of the central role of neurons in the disease, most research into alpha-synuclein has focused on how this protein affects these specific cells. However, alpha-synuclein is also expressed in other cells, and its functional relevance in these cells — whether in Parkinson’s or with good health — is poorly understood.

Little is known, for example, about the role of alpha-synuclein in microglia, a specialized type of immune cell of the brain. In Parkinson’s and other neurological diseases, these cells are thought to be abnormally inflammatory, but their role in disease is only beginning to be understood.

“Microglia have been extensively studied for their contribution to neurodegeneration, yet there is little known about the function of endogenous alpha-synuclein in these cells, especially during their development,” the researchers wrote.

In their review, the scientists said they aimed to provide an overview of “the known roles for alpha-synuclein with a focus on the relevance of its function in microglia during PD.”

The pair noted that alpha-synuclein is known to be expressed in the progenitor cells that give rise to microglia, as well as in certain other kinds of immune cells. As such, the researchers speculated that abnormalities in this protein may lead to irregularities in the development of microglia, which could affect these cells’ activity later in life, particularly in people with genetic mutations that influence the protein.

Alpha-synuclein is also thought to play a role in vesicle trafficking — molecular systems used to shuttle cargo to specific locations in a cell. These systems are important for two key activities by which microglia exert their immunological effects: phagocytosis (“eating” potentially dangerous substances), and releasing immune signaling molecules called cytokines.

Broadly, the scientists noted that little is known about how mutations in SCNA, the gene that encodes alpha-synuclein, affect microglia activity.

“We therefore argue that more emphasis should be placed on examining the mechanisms in microglia involving the regulation of SNCA dictated by genetic risk variants” for Parkinson’s, they wrote.