Dysphagia in Parkinson's disease could be identified noninvasively: study 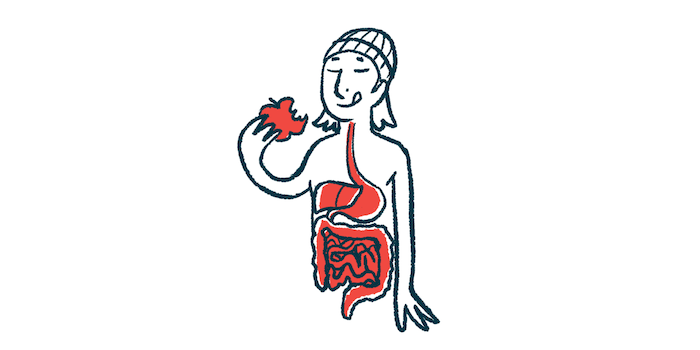 Swallowing difficulties in people with Parkinson’s disease are associated with the dysfunction of nerves that supply the heart muscle as part of the autonomic, or involuntary, nervous system, a study revealed.

The noninvasive method to measure this dysfunction, called cardiac MIBG scintigraphy, could help identify Parkinson’s patients who may develop swallowing difficulties, the researchers noted, adding that further studies are needed.

The study, “Cardiac sympathetic denervation could be associated with dysphagia in Parkinson’s disease,” was published in the journal Frontiers in Neurology.

Parkinson’s is primarily marked by damage to dopaminergic neurons — nerve cells that communicate with other neurons by releasing dopamine, which is a neurotransmitter (signaling molecule). However, damaged neurons that are not dopaminergic but play a role in swallowing might also be involved.

Because many nonmotor symptoms’ underlying mechanisms may share biological features, dysphagia in Parkinson’s could be related to other nonmotor-related symptoms. This includes dysfunction of the autonomic nervous system, which controls involuntary bodily processes, including heart rate, digestion, and breathing.

Cardiac MIBG scintigraphy is a method by which a radioactively labeled metaiodobenzylguanidine, or MIBG-I123, can be used noninvasively to assess cardiac sympathetic nervation — the function of autonomic nerves that supply the heart muscle. MIBG is a molecule similar to a blood pressure medication and is taken up and stored in autonomic neurons, much like norepinephrine, a naturally occurring neurotransmitter.

Reduced MIBG-I123 uptake has been reported in people with Parkinson’s, and the test can detect early-stage disease and distinguish between Parkinson’s and similar conditions. In addition, low uptake has been linked to motor symptoms, including slowness of movement (bradykinesia) and rigidity, as well as many other nonmotor symptoms.

The study and its findings

These findings prompted researchers in South Korea to assess MIBG-I123 uptake in Parkinson’s patients with or without swallowing difficulties.

Participants underwent clinical assessments to measure disability as well as a videofluoroscopic swallowing study (VFSS) — a noninvasive method to monitor the swallowing processes via imaging. Videos of swallowing were analyzed frame by frame in slow motion to assess the videofluoroscopic dysphagia score (VDS), with higher scores marking dysphagia.

MIBG-I123 was injected intravenously (into the vein), and scans were taken after 15 minutes (early) and four hours (late). Uptake was measured as the ratio between radioactive MIBG heart neuron uptake and the neurons in the surrounding area, called mediastinum, to generate the H/M uptake value, with lower values reflecting impaired neuronal function.

Between the two groups, there were no differences in disease duration, body fat content, use of Parkinson’s medications, or scores for depression and motor experiences of daily living on the Unified Parkinson’s Disease Rating Scale-III (UPDRS-III). In contrast, those with dysphagia had worse scores for disease severity, using the Hoehn and Yahr scale, and cognitive function, measured by the Montreal cognitive assessment (MoCA).

As expected, the patient-reported SDQ scores were higher in those with dysphagia, which was supported by significantly higher VDS scores than in those without dysphagia. Other nonmotor symptoms were also worse in patients with dysphagia, including heart problems, sleep/fatigue, attention/memory, and digestive impairment.

The statistical analysis found that low H/M ratios from both early and late MIBG-I123 measurements were significantly correlated with higher SDQ and VDS scores.

“Longitudinal [over time] studies might be warranted for cardiac MIBG scintigraphy as a clinical predictor of dysphagia in [Parkinson’s disease],” the researchers suggested.