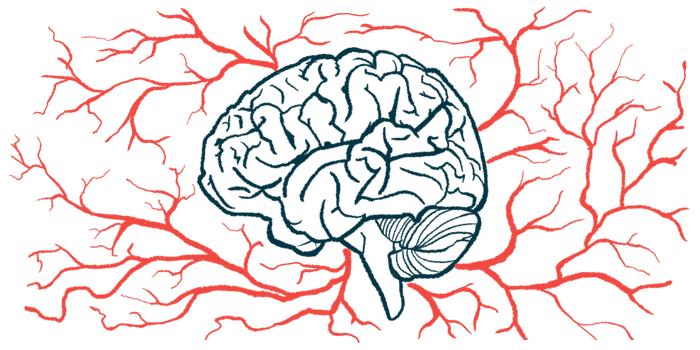 Scientists have developed a new technique that can detect Parkinson’s disease-related degeneration in a part of the brain, called the striatum, that’s key to movement.

This type of analysis — which can be done for individuals with early-stage Parkinson’s — will allow researchers to distinguish different subgroups within this patient population, and may eventually lead to the development of personalized treatment.

“Our method provides a unique insight on aging- and disease-related local changes in the striatal [brain] tissue,” the researchers wrote. “Future applications should benefit … research and personalized medicine.”

The study, “Mapping microstructural gradients of the human striatum in normal aging and Parkinson’s disease,” was published in Science Advances.

The striatum is a region toward the center of the brain that plays a crucial role in controlling voluntary movement. Parkinson’s is characterized by the death and dysfunction of dopamine-producing cells in another brain region, which normally sends signals to the striatum to help control movement and other processes.

Prior studies have demonstrated that the striatum becomes damaged in Parkinson’s due to the loss of dopamine signals needed for its normal function. These studies have mainly relied on invasive analyses of animal brains or post-mortem analyses in humans; it has been difficult to assess striatum changes in living people due to a lack of study techniques.

“When you don’t have measurements, you don’t know what is normal and what is abnormal brain structure, and what is changing during the progress of the disease,” Aviv Mezer, PhD, a study co-author and an associate professor at the Hebrew University of Jerusalem, said in a university press release.

MRI is an imaging technology that uses powerful magnets to image the body’s internal structures. The qMRI technique involves overlaying several MRI images taken with different settings — a bit like looking at the same picture taken through different colored lenses. This allows clinicians to identify slight changes in tissue structure referred to as microstructural gradients.

“Our newly developed, automated tool for in vivo microstructural quantification is the first of its kind,” the scientists wrote.

In a series of initial tests, the researchers showed their qMRI method could be used to identify microstructural gradients in the striatum, and how these gradients compared in younger or older adults. The team then tested whether the method could detect changes specific to Parkinson’s, using data from 99 people with early-stage Parkinson’s and 46 healthy controls who were matched based on age and sex.

Results showed a distinct Parkinson’s-associated change in a particular region of the striatum called the posterior putamen.

“Our findings highlight different kinds of microstructural changes in normal aging and PD [Parkinson’s disease],” the researchers wrote. “In normal aging, we found changes along different axes of the striatum, including asymmetry increases in anterior and posterior segments of the caudate [another part of the striatum]. In contrast, the microstructural change in early-stage PD was specific to posterior segments of the putamen.”

Further analyses showed that these striatum changes were significantly associated with the reduction in dopamine signaling to the striatum, and also with Parkinson’s motor symptoms.

According to Mezer, this new technique — which is “about 3-5 years down the line” — will enable early diagnosis of Parkinson’s and provide new markers for determining the effectiveness of treatments for the disease.