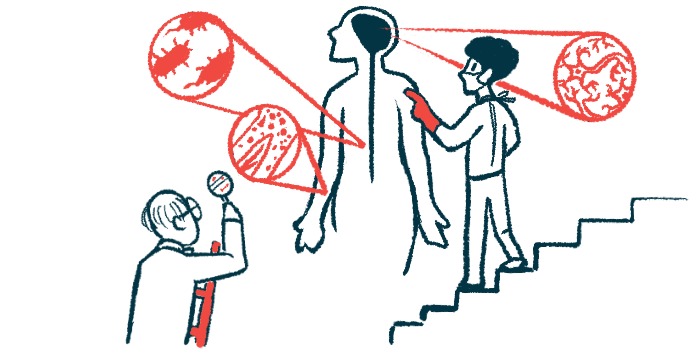 Among people undergoing surgery to remove a damaged spinal disc in the neck, those with Parkinson’s disease had significantly longer in-hospital stays and a greater risk of minor adverse events, according to an analysis of data collected from the U.S. National Inpatient Sample database.

No differences were seen, however, regarding the rate of serious adverse events (severe side effects) or mortality.

“These findings are important for surgeons and patients to consider when making decisions about surgical intervention,” the team wrote.

The study, “A comparison of in-hospital outcomes after elective anterior cervical discectomy and fusion in cases with and without Parkinson’s Disease,” was published in the North American Spine Society Journal.

Parkinson’s disease is characterized by the loss of neurons, or nerve cells, that produce the neurotransmitter dopamine — a brain chemical messenger essential for muscle control.

As a result, patients are at higher risk of musculoskeletal problems due to rigidity of the muscles and akathisia, or the inability to remain physically still due to an inner restlessness.

Spinal problems also are more common among people with Parkinson’s than in the general population. Generally, Parkinson’s patients undergoing orthopedic surgery are also reported to have higher rates of surgical complications than people without the neurodegenerative condition, as well as less symptom ease and lower quality of life improvement.

“Given these poorer outcomes, the risks of surgery must be weighed more heavily when considering surgical intervention,” the researchers wrote.

Now, a team led by researchers at the Yale School of Medicine, in Connecticut, assessed the outcomes of Parkinson’s patients following elective spine surgery, which had not yet been studied.

Specifically, they compared the rate of post-surgery, in-hospital complications in people with and without Parkinson’s who underwent elective single or multi-level anterior cervical discectomy and fusion (ACDF).

ACDF, the most commonly performed surgery for spinal degeneration in the neck region, is a minimally invasive procedure that involves removing a damaged spinal disc in the neck to relieve pressure and associated pain.

The researchers retrospectively analyzed patient data from elective ACDF submitted to the National Inpatient Sample database, the largest publicly available all-payer inpatient care database in the U.S. The analysis included data from 2008 to 2018.

Compared with people without Parkinson’s, who were used as controls, those with the neurodegenerative disease were significantly older — with a mean age of 66.6 versus 54.8. The Parkinson’s group also had a significantly higher proportion of men (61.3% vs. 47.1%).

In addition, the individuals with Parkinson’s showed a significantly higher burden of simultaneous health conditions, or comorbidities. Specifically, 38% of the Parkinson’s patients had one or more comorbidities compared with 20.6% of controls.

As for post-surgical outcomes, people with Parkinson’s had significantly longer hospital stays (median of two days vs. one day) and a twofold higher risk for both all-type adverse events and minor adverse events.

However, no significant differences were seen in the rate of serious adverse events or hospital mortality following neck surgery.

The researchers then conducted a comparative analysis between patients with similar demographics and comorbidities to lessen the effect of potential influencing factors. In total, 3,915 people in the Parkinson’s group were “matched” with the same number in the control group.

This analysis led to similar results. The length of in-hospital stays remained significantly higher in the Parkinson’s group compared with controls (two vs. one day), as well as the risk of any adverse events (2.42 times higher) and minor adverse events (1.99 times higher).

Again, no significant differences were seen between groups for the risk of serious adverse events. The limited number of deaths in these “matched” groups precluded the analysis of mortality rates.

“After matching for demographics and comorbidity burden, [Parkinson’s disease] cases undergoing elective ACDF had slightly longer length of stay and greater risk for minor adverse events but had similar rates of serious adverse events and mortality,” the researchers wrote.

“These findings may be used in preoperative counseling and in the informed consent process prior to surgery,” they added.

Among the study’s limitations, the team noted the study’s retrospective nature and the lack of information on spine-specific and post-discharge outcomes. Information on the severity of both spinal damage and Parkinson’s also was lacking, they noted.