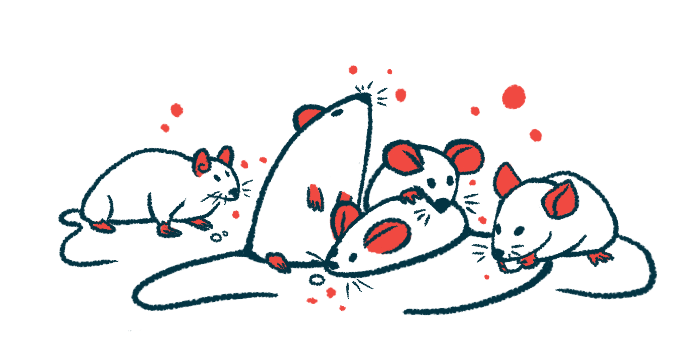 Treatment with stem cells engineered to produce a signaling protein called VEGF — which drives the growth of blood vessels — was found to lead to pain relief in a mouse model of Parkinson’s disease.

Researchers say engineering stem cells for use in transplant “may potentiate the therapeutic efficacy” of these cells to aid in easing pain due to Parkinson’s.

“Our data suggest that [such treatment] is safely therapeutically appropriate for treating [Parkinson’s disease]-related pain,” they wrote.

The study, “VEGF-Expressing Mesenchymal Stem Cell Therapy for Safe and Effective Treatment of Pain in Parkinson’s Disease,” was published in Cell Transplantation.

Pain is a common and bothersome non-motor symptom of Parkinson’s, and available treatments are usually not effective at completely controlling this symptom.

Mesenchymal stem cells, or MSCs, are cells that are able to grow into certain other cell types. This includes fat and connective tissue cells. These cells also can secrete a number of signaling molecules to influence the activity of nearby cells.

Due to their immunosuppressive, anti-inflammatory, neuroprotective, and regenerative properties, MSCs have become increasingly explored as a therapeutic platform.

VEGF is a signaling molecule that plays important roles in coordinating the growth and development of blood vessel cells, but also is involved in nervous system signaling.

Now, a quartet of scientists at Huazhong University of Science and Technology, in China, tested whether treatment using VEGF-producing MSCs could lead to pain relief in a mouse model of Parkinson’s.

For these experiments, the researchers compared the effects of VEGF-producing human MSCs versus unmodified human MSCs when injected directly into the brains of mice with Parkinson’s-like disease.

Specifically, they used a model in which a neurotoxic chemical called 6-OHDA is applied to one side of a mouse’s brain to generate Parkinson’s-like disease.

Pain was assessed with the Von Frey test, which involves applying gradually increasing amounts of pressure to the animal’s paw to detect the minimum amount needed to evoke a flinching response.

Prior to an MSC transplant, the minimum threshold of such a response was low in the mouse model — 0.79 g on average — suggesting heightened sensitivity to touch and increased pain.

In mice given unmodified MSCs, the minimum pressure that provoked a flinching response did not change substantially up to six weeks after treatment. However, mice treated with VEGF-producing MSCs showed a significant increase in the pressure needed to evoke such a response after six weeks (1.52 g), nearly reaching normal thresholds.

Beneficial effects were seen as early as one week after transplant.

Our data suggest that [such treatment] is safely therapeutically appropriate for treating [Parkinson’s disease]-related pain.

No significant changes in the number of dopamine-producing neurons, which are progressively lost in Parkinson’s, were observed between the two groups of mice. Dopamine is a major brain chemical messenger involved in motor function.

However, brain analyses indicated that treatment with the VEGF-producing MSCs led to a decrease in the levels of a protein receptor called TRPV1, which is known to play a central role in how the brain processes pain.

In addition, simultaneous pharmacological activation of TRPV1 eliminated VEGF-producing MSCs-mediated pain relief, “indicating that the mechanism of action of [this treatment] involves, at least in part, downregulation of TRPV1,” the researchers wrote. Not Your Usual Neck and Back Pain