Irisin prevented the buildup of toxic alpha-synuclein in mice 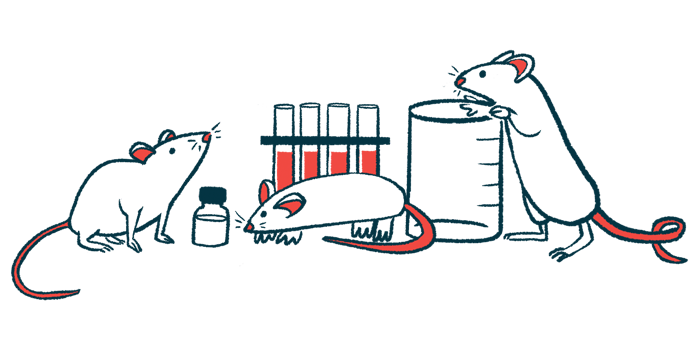 The hormone irisin prevents the buildup of toxic alpha-synuclein protein, leading to the preservation of nerve cells and easing motor symptoms in a mouse model of Parkinson’s disease, a study has found.

Experiments showed the hormone had an ability to facilitate the breakdown of toxic alpha-synuclein through lysosomes, the cellular compartments involved in degrading excess or faulty proteins.

“Optimization of irisin delivery as a biologic therapy holds promise for the treatment of [Parkinson’s disease] and other neurodegenerative disorders,” the researchers wrote.

The study, “Amelioration of pathologic α-synuclein-induced Parkinson’s disease by irisin,” was published in PNAS.

Ample evidence supports the benefits of physical activity for people with neurodegenerative diseases, including Parkinson’s disease. The cellular underpinnings of these benefits are not well-established and have been of recent interest in the research community.

Irisin is released from skeletal muscles and other tissues into the bloodstream during exercise, and has emerged as one molecule that might underlie some of these benefits, raising the possibility that irisin could be a therapeutic molecule for neurodegenerative diseases.

Researchers previously found that increases in irisin’s precursor, FNDC5, led to “exercise-like” genetic changes in the brain and was linked to cognitive improvements in mice. Irisin itself led to improved cognitive function and lower inflammation in a mouse model of Alzheimer’s disease, another neurodegenerative condition.

Motivated by the knowledge of exercise’s benefits in Parkinson’s, the researchers investigated the effects of the hormone in models of the neurodegenerative disease.

Parkinson’s is characterized by the toxic accumulation of a misfolded alpha-synuclein protein in nerve cells, leading to their dysfunction and eventual death. The nerve cells most vulnerable to this accumulation are dopamine-producing cells.

To model the condition in cultured nerve cells, the researchers administered preformed fibrils (PFFs) of the alpha-synuclein protein. This prompts naturally occurring alpha-synuclein in the cells to misfold and accumulate.

They found that when this cell model of Parkinson’s was treated with irisin, the formation of toxic alpha-synuclein was prevented and the nerve cells were protected from dying.

The team next injected PFFs directly into the brains of mice to generate an animal model of Parkinson’s. Some mice were given an into-the-vein injection of irisin, packaged into a viral vector for more efficient brain delivery, two weeks later.

As expected, the Parkinson’s mice showed significant loss of dopamine-producing nerve cells, but irisin hormone treatment was able to reduce this loss. Specifically, mice given irisin showed a 25% loss of these cells compared with a 60% observed loss in mice that didn’t receive the treatment.

Irisin also prevented the turnover of dopamine — effectively increasing dopamine levels — and blocked the accumulation of toxic alpha-synuclein. Importantly, motor deficits typically associated with the Parkinson’s model were eased in mice given the treatment, but not in untreated mice.

The researchers returned to the cell model to learn more about the potential mechanisms by which irisin exerted its beneficial effects.

They found that the hormone was able to significantly lower the levels of apolipoprotein E (ApoE) that were increased in PFF-treated cells. A certain genetic variant in ApoE, called ApoE4, has been shown to exacerbate alpha-synuclein buildup in Parkinson’s disease.

Irisin also inhibited a type of protein modification on alpha-synuclein that has been linked to its buildup and internalization inside cells in Parkinson’s. Further experiments showed that irisin reduced accumulation of the toxic protein by enhancing its uptake into lysosomes.

The researchers noted that irisin may behave in other ways not identified in this study, and that “the effect of irisin may be diverse.”

Overall, the findings indicate irisin’s potential for the treatment of Parkinson’s disease, even after harmful brain changes have begun.

“Since irisin treatment was begun well after the pathogenic [disease-causing] cascade was initiated by the [alpha-synuclein] PFF injection, there is considerable promise that it might be developed as a disease-modifying therapy for the treatment of [Parkinson’s],” the researchers wrote.

“It will be important for any future human therapy to determine whether irisin can arrest the progression of experimental [Parkinson’s] after neurological symptoms have started and to determine the effects of irisin in other [Parkinson’s] models.”