25-year study was conducted on data from more than 1,000+ patients in Sweden 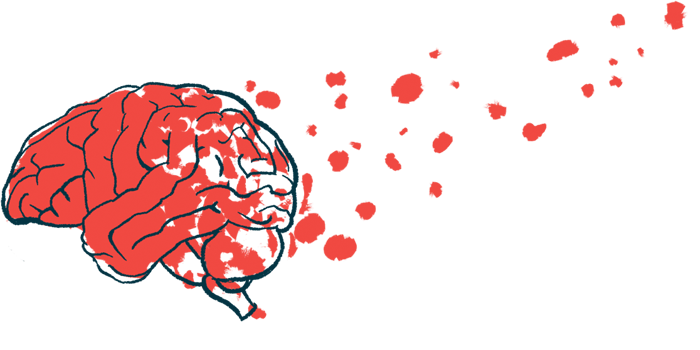 The risk of developing dementia appears to be higher among people with Parkinson’s disease when compared to age and sex-matched controls, according to the findings of a 25-year follow-up study of more than 1,000 patients in Sweden.

The study, “High risk of developing dementia in Parkinson’s disease: a Swedish registry-based study,” was published in Scientific Reports.

Besides its well-known motor symptoms, Parkinson’s is marked by cognitive problems, including dementia. Prior studies have estimated 20–40% of people with Parkinson’s develop dementia. Unlike with other diseases, dementia in Parkinson’s is usually accompanied by executive and visuospatial deficits — trouble determining where things are in relation to each other — along with difficulties with attention or memory.

These problems affect patients and their caregiver’s quality of life. However, estimating the time wherein patients progress and develop dementia requires long-term follow-up.

A team led by researchers in Denmark, Spain, and Sweden analyzed data from the Swedish Neuro Registries/Parkinson’s Disease Swedish PD Registry (PARKreg), a large register that contains clinical and patient-reported data outcomes from about 9,650 Parkinson’s patients.

Specifically, they analyzed data collected in April 2020 from 1,581 patients with Parkinson’s (62% men; median age at diagnosis, 67) in Scania, the southernmost region of Sweden. Patients’ data were age- and sex-matched with people randomly selected from the general population of Scania without Parkinson’s who served as the control group.

Time to dementia was defined as the time from Parkinson’s diagnosis to the first health care visit where a dementia event was registered. These included unspecified dementia, Alzheimer’s dementia, vascular dementia, or dementia linked with other diseases.

In a first analysis, a “real” case of dementia was registered when a person had at least two dementia-related health care visits. In a second analysis, dementia was defined when a prescription for an anti-dementia medication was given.

The risk of dementia was higher among people with Parkinson’s when compared to controls, with the difference between both groups accentuating over time, a statistical analysis over 25 years of follow-up showed. The risk was always higher for people with Parkinson’s – ranging from 3.5 to 6.1 times higher when compared to controls – depending on the criterium used for defining dementia.

The researchers also analyzed data after stratifying patients according to their score on the Hoehn and Yahr (H&Y) scale, which assesses Parkinson’s disease progression, since the start of the study. They divided participants as those with an H&Y score above or below 2, which marks “bilateral disease, without impairment of balance.”

The results showed that the risk of dementia was significantly higher for those with a H&Y score above 2 (risk of 6.1) as compared to those with a score of 2 or lower (risk of 3.7), after adjusting for confounding factors.

Overall, “the present results underline the high risk of dementia in PD [Parkinson’s disease] and further emphasize the importance of developing symptomatic and ultimately disease modifying strategies to counteract this part of the nonmotor symptomatology in PD,” the researchers said.