Psychosis, including hallucinations and delusions, is frequent in people with late-stage Parkinson’s disease a study reported, after psychotic symptoms were confirmed in more than half of the 92 patients examined.

Some degree of cognitive impairment was found in almost all evaluated patients, with study participants diagnosed a mean of 15.9 years ago, its researchers noted. The risk of psychosis in this late-stage population was also 5.8-times higher for those with a high number of other psychiatric conditions.

This research, the team added, was the first to apply a standardized clinical diagnostic interview in assessments of late-stage Parkinson’s patients, and its use “may increase the sensitivity of detection of psychotic symptoms especially in patients with cognitive impairment.”

The study, “High frequency of psychosis in late-stage Parkinson’s disease,” was published in the journal Clinical Parkinsonism & Related Disorders.

Psychosis is a frequent non-motor symptom in Parkinson’s disease, defined as hallucinations, mostly visual, and delusions, or the firm belief in something that isn’t true or based on reality.

Parkinson’s-related psychosis advances with disease progression and is associated with worse outcomes, such as greater motor disability, dementia, and mortality. Studies suggest the clinical features of psychosis in Parkinson’s are different than other psychotic disorders, such as schizophrenia or mood disorders with psychotic behaviors.

“To the best of our knowledge, this is the first study to evaluate the overall frequency of psychosis in [late-stage Parkinson’s disease] patients using a CDI, considered the gold standard method for diagnosis,” the team wrote.

Participants were recruited from a local clinic. Each patient was evaluated via a clinical diagnostic interview administered by a trained psychiatrist, and caregivers were also interviewed due to communication difficulties with some patients.

Investigators applied the brief psychiatric rating Scale (BPRS) to assess symptoms of psychosis, which included hallucinations, delusions, or minor experiences such as illusions (misperceptions of actual events) or a sense of presence (a feeling that somebody or something is nearby when not). Higher scores reflected more severe psychosis.

The study enrolled 92 late-stage Parkinson’s patients (57.6% female), ranging in age from 56 to 90 and with a disease duration of seven to 39 years.

No significant differences were reported between those with and without psychotic symptoms regarding sex, current age, disease duration, age at disease onset, Hoehn and Yahr stage (all above stage 3), neurological assessments (MDS-UPDRS), levodopa therapy dose or levodopa equivalent daily dose, the combined dosage of Parkinson’s medications.

Supporting interview evaluations, patients with psychosis compared to those without it had significantly higher BPRS total scores (indicating worse psychosis) and subscores for suspiciousness, hallucinations, and unusual thought content.

Consistently, higher (worse) scores in the psychosis group were also observed using the MDS-UPDRS Part 1.2, a different diagnostic tool that specifically examines hallucinations and psychosis in Parkinson’s, as well as the neuropsychiatric inventory (NPI) total scores and scores for hallucinations and delusions.

Antipsychotic medications were used by 60.8% of those with an NINDS/NIMH psychosis diagnosis and by 31.7% of patients without psychosis symptoms.

In Parkinson’s patients with psychosis, 48 (94.1%) experienced some form of hallucination, with 45 (88.2%) of these reporting visual hallucinations and 16 (31.4%) having auditory hallucinations.

Researchers then compared the NINDS/NIMH-based clinical interview findings to assessments of psychosis made by MDS-UPDRS 1.2 and NPI delusions and hallucinations.

A Look Back at the Management of Dr. C’s Parkinson’s Symptoms

As assessed by NPI delusion score, a finding of the presence or absence of psychosis was consistent in 55 (63.2%) of the patients diagnosed via the interview method, with 23 (26.4%) agreeing on the presence of psychosis and 32 (36.8 %) agreeing on its absence. Here, 26 (29.9%) were classified as psychotic by diagnostic interviews but not psychotic according to NPI, which was significantly different.

Cognitive abilities were assessed in 71 patients, and found 43 (60.6%) were classified as demented, 23 (32.4%) with mild cognitive impairments, and five (7.0%) as cognitively normal. A statistical calculation revealed a significant association between the presence of psychosis and dementia, with 65.1% of those with dementia experiencing psychotic symptoms.

Among the 51 patients with psychosis symptoms according to the NINDS/NIMH interview criteria, most (72.5%) had at least one comorbid (co-existing) psychiatric diagnosis. Of these, mood disorders, primarily depression, were the most common (32 patients), followed by impulsive-compulsive disorders in 14, and anxiety disorders experienced by five people.

Although the frequency of other psychiatric conditions was not statistically different between those with and without psychosis, it was higher in patients reporting two or more psychiatric problems.

A statistical analysis to identify factors that may predict psychosis, first calculated individually, found a significantly higher risk of psychosis in those diagnosed with mild cognitive impairment, dementia, or using a dementia treatment. The number of psychiatric comorbidities and worse UPDRS Part I and NPI total scores also correlated with a higher risk.

After adjusting for these factors, the risk of Parkinson’s-related psychosis was 5.8-times higher in people with a higher number of psychiatric comorbidities. All other factors lost their statistical significance, except for NPI, in which a higher total score was mildly linked to a greater risk of psychosis.

“The clinical features of psychotic symptoms” in our study “were in line with most published studies showing a different pattern than that seen in other psychotic disorders,” the researchers wrote. “Therefore, criteria applied to other psychiatric illnesses have limited utility for describing the diversity of psychotic phenomena in [Parkinson’s disease].” 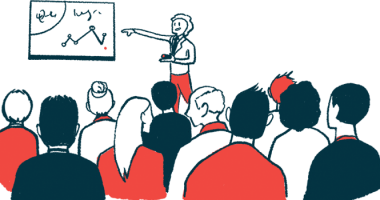 Delirium Common But Often Not Noted on Medical Records