Both type 2 diabetes and prediabetes — a condition in which blood sugar levels are abnormally high, but not high enough to constitute diabetes — are significantly associated with poorer cognition in people with Parkinson’s disease, according to a small study from South Korea.

These findings add to previous studies highlighting a link between diabetes and cognitive function, and suggest that cognitive issues may begin with prediabetes in these patients, the researchers noted.

Larger studies following patients over time are needed to confirm these findings.

The report, “Association between prediabetes and cognitive function in Parkinson’s disease,” was published in the journal Brain and Behavior.

Cognitive impairment is a common Parkinson’s non-motor symptom, characterized by difficulties that include those of executive function, attention, word finding, and with learning and remembering information.

“A growing body of evidence suggests that type 2 diabetes is associated with an increased risk for PD [Parkinson’s disease] development, accelerating disease progression, including motor and cognitive impairment,” the researchers wrote.

Other studies show that people using certain anti-diabetes medications are at a lower risk of developing Parkinson’s.

Prediabetes, which the scientists note is a “high-risk state” for diabetes, is also linked in recent studies “to faster cognitive decline in dementia-free older adults” and to a potential  for Parkinson’s development. One reason: high levels of glycated hemoglobin (HbA1c) in non-diabetic patients are associated with worse motor symptoms, their study noted.

HbA1c is a form of hemoglobin, the protein within red blood cells that carries oxygen, bound to a sugar (glucose). HbA1c, or the A1C test, is a standard measure of a person’s mean blood glucose level over the preceding two-to-three months, and it’s used to determine and track diabetes.

However, “it remains largely unknown whether prediabetes is related to cognitive impairment in PD,” the researchers wrote.

A team at Inha University Hospital, in Incheon, retrospectively analyzed clinical and lab test data from 262 Parkinson’s patients (132 men and 130 women) followed at their hospital between January 2020 and December 2021.

None of these patients had severe disability, a history of stroke, or severe alterations to the brain’s white matter, which is composed mainly of nerve fibers.

Patients’ mean age was 69.8, they had been living with the disease for a mean of 5.1 years, and their mean H&Y stage was 2.3. They were divided into three groups, according to the HbA1c-based diabetes criteria of the American Diabetes Association.

Significantly lower MoCA scores among patients with diabetes or prediabetes

No differences were seen between the groups in terms of age, Parkinson’s onset and duration, H&Y stage, or in their levodopa equivalent daily dosing (LEDD), a measure of the total contribution made by each Parkinson’s medication.

These differences were maintained even after adjusting for potential influencing factors, including age, sex, disease duration, educational level, H&Y stage, and LEDD. However, there was “a considerable overlap in the scores between the three groups,” the team noted.

No significant differences in cognitive performance were seen between the diabetes and prediabetes groups. Also, higher HbA1c levels significantly associated with lower MoCA scores in both prediabetic and diabetes-free patients. Patients with diabetes were excluded from this analysis since anti-diabetes medications can affect HbA1c levels.

Further analyses, also adjusting for the same potentially influencing factors, showed that cognitive function declined at a significantly faster rate with aging in Parkinson’s patients with diabetes compared with those without this comorbidity.

The rate of cognitive decline also tended to be steeper in prediabetic patients than among the diabetes-free group, but this difference failed to reach statistical significance, meaning it could be due to chance.

Overall, these findings suggest that “in addition to diabetes, prediabetes may negatively affect cognitive function in [Parkinson’s] patients,” the researchers wrote.

“However, the difference in MoCA scores according to diabetes status was modest,” they added, “indicating that the difference was statistically significant but may not be clinically meaningful.”

Further studies “are warranted to clarify the impact of prediabetes on the cognitive trajectory of these patients,” the team concluded. 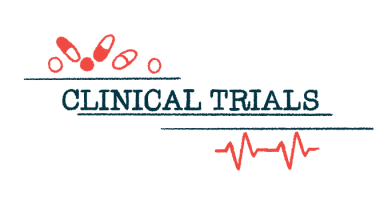