But top-line results show it has anti-dyskinesia effects 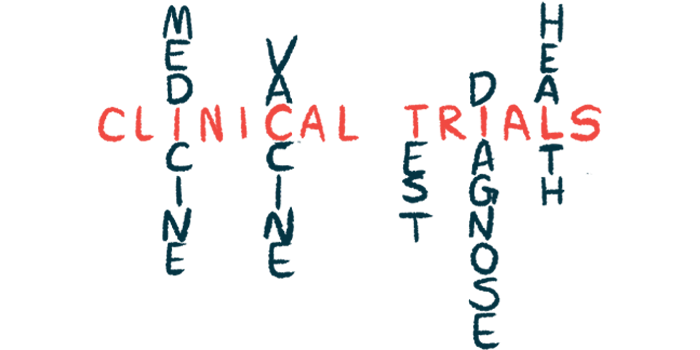 A Phase 2b clinical trial testing the investigational oral therapy mesdopetam, which aims to reduce levodopa-induced dyskinesia (involuntary movements) in people with Parkinson’s disease, did not reach its main goal. However, some promising reductions in dyskinesia measures were seen with the treatment.

Top-line results from the trial were announced by IRLAB Therapeutics, the original developer of mesdopetam (previously known as IRL790) and sponsor of the trial. Ipsen acquired the rights to the experimental therapy in 2021.

“Although the study did not meet its primary efficacy endpoint, a well-established scale used to assess dyskinesia, the UDysRS, demonstrated anti-dyskinetic effects by mesdopetam,” Nicholas Waters, executive vice president and head of research and development at IRLAB, said in a press release.

“We will now together with our partner Ipsen continue analyses of the study data and prepare to present further results at scientific conferences during 2023,” Waters added.

Parkinson’s is characterized by the gradual death of brain cells responsible for making the chemical messenger dopamine. Levodopa and its derivatives, which basically work by providing these cells more raw materials with which to make dopamine, are a standard part of Parkinson’s treatment. Although levodopa can help ease many Parkinson’s symptoms, dyskinesia is a common side effect of its long-term use.

Mesdopetam is an oral medicine designed to block specific dopamine receptors that have been associated with the development of dyskinesia. Earlier preliminary clinical trials indicated the therapy could increase “good on-time” — time in which symptoms are well-controlled without troublesome dyskinesia.

The Phase 2b study (NCT04435431) enrolled 156 adults with Parkinson’s who were experiencing dyskinesia for at least two hours per day. Participants were assigned randomly to receive one of three doses of mesdopetam — 2.5, 5, or 7.5 mg twice daily — or a placebo, for 12 weeks (84 days). In total, 125 patients completed the 12-week treatment period.

The study’s main goal was to assess whether mesdopetam treatment could significantly increase patients’ daily good “on-time” without dyskinesia.

The trial failed to meet this goal, with no statistically significant difference between the treatment and placebo groups. IRLAB did not provide specific values in its press release.

However, the company noted that a secondary measure called the UDysRS, which measures dyskinesia severity, showed significantly reduced dyskinesia with the highest dose of mesdopetam (7.5 mg twice daily) compared to placebo. This difference was apparent at all assessed time points during the 12-week trial.

“Unfortunately, the primary endpoint to increase “good ON”-time compared to placebo was not met. I am, however, encouraged that the UDysRS results suggest that mesdopetam has potential to become an effective treatment of Parkinson’s disease,” said Richard Godfrey, IRLAB’s CEO.

“Notably, these anti-dyskinetic properties were obtained without impairing normal motor function and are further strengthened by an apparent reduction in OFF-time,” Waters added. “Off-time” refers to time periods when medication wears off and symptoms return.

Waters noted “This was also a dose-finding study and we now have a clear understanding that 7.5 mg [twice daily] is the preferred dose for further clinical studies.”

Regarding safety, mesdopetam was generally well-tolerated in the Phase 2 trial, and the frequency of reported adverse events was comparable among patients on mesdopetam (56.9%) or placebo (46.2%).

A few patients on mesdopetam (6.9%), and none on placebo, experienced a decrease in mobility in the first month after starting on the experimental therapy, but this was not seen in the second or third months of the trial.

Seven serious adverse events were recorded in the trial — four in the mesdopetam group and three in the placebo group. One of these serious events was judged as probably related to mesdopetam treatment (IRLAB did not provide further details). There were two on-study deaths, but neither were related to the experimental treatment.

IRLAB noted that full results will be presented at upcoming meetings and published in scientific journals.

“Clearly, further detailed analysis is required to fully understand the potential of this first-in-class compound. … I would like to thank the patients and their caregivers for their trust and participation in this study,” Godfrey concluded.