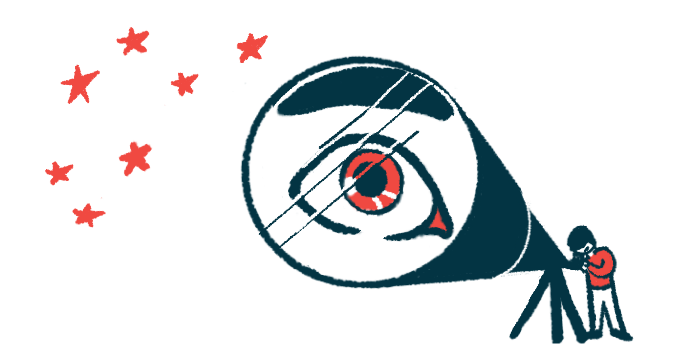 With a $1.5 million grant, the Michael J. Fox Foundation (MJFF) continues to support Amydis in developing a non-invasive eye tracer that can be used to diagnose Parkinson’s disease in retinal tissue.

The MJFF grant — the third given to the pharmaceutical company for this work — is being applied to a Phase 1/2a clinical test of the investigative tracer, AMDX-2011P, in detecting clumps of alpha-synuclein in patients’ retina. Alpha-synuclein is the protein whose toxic accumulation in specific nerve cells is associated with Parkinson’s.

If successful, this retinal tracer would permit more widespread screening as well as earlier diagnosis and treatment, and is expected to aid in disease tracking. Currently, diagnosing Parkinson’s depends primarily on neurological and physical examinations.

The tracer could also be used to evaluate disease-modifying therapies and in treatment development.

“We are honored to receive this third grant award which marks a longstanding collaboration with the Michael J. Fox Foundation,” Stella Sarraf, Amydis’ founder and CEO, said in a press release. “There are  no approved diagnostics to detect [alpha-synuclein] in vivo and the eye provides an easy, affordable way to assess the presence of [alpha-synuclein] in [central nervous system] tissue.”

The central nervous system consists of the brain and spinal cord; in vivo tests are those using a living organism.

The Phase 1/2a safety and early efficacy study, known as the Prospective Randomized Open, Blinded Endpoint (PROBE) trial (NCT05542576), recently began dosing its first participants. It is enrolling up to 36 adults with Parkinson’s or amyotrophic lateral sclerosis (ALS) at two sites in Southern California; contact and site information are available.

Enrolled patients are given a single injection of AMDX-2011P into the bloodstream at one of four ascending doses — 25, 50, 100, or 200 mg — and then evaluated for the safety and effectiveness of its use.

Specifically, the study is gauging the ability of Amydis’ fluorescent and non-radioactive tracer to detect abnormal protein deposits in the retina of Parkinson’s and ALS patients with limited side effects and good tolerability.

Called an ocular or retinal tracer, AMDX-2011P is a contrast dye designed to illuminate abnormal deposits of alpha-synuclein   in the retina of Parkinson’s patients and the TDP-43 protein in the retina of ALS patients. It is expected to bind to these toxic proteins and emit “a strong fluorescent signal … which can then be detected using a conventional retinal camera as fluorescent spots,” the company stated.

As such, it could become an early diagnostic test for these conditions, as well as a way to track disease progression and therapeutic response during an eye exam.

“Amydis has embarked on a mission to make possible the detection of [alpha-synuclein] years before [Parkinson’s] symptoms are apparent, enabling treatment of patients earlier and more accurately, which is critical to disease management,” said Irene Litvan, MD, director of the Parkinson and Other Movement Disorder Center at the University of California, San Diego, and a member of the PROBE trial’s safety and monitoring committee.

“An alpha-synuclein retinal tracer can also … facilitate the clinical development of disease-modifying therapeutics. This first-in-human study is a major milestone toward that goal,” Litvan added.