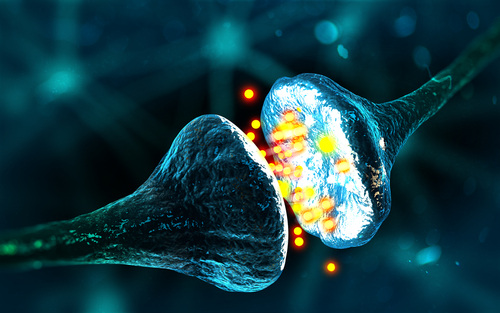 Therapies against motor loss and progression in Parkinson’s’ disease (PD) may need to tackle the imbalance between two neurotransmitters, dopamine and acetylcholine, instead of focusing on dopamine alone, an early study suggests.

The study, “Dopamine Deficiency Reduces Striatal Cholinergic Interneuron Function in Models of Parkinson’s Disease,” was published in the journal Neuron.

Motor and cognitive functions depends on the coordinated interaction in the brain of two neurotransmitters — substances produced in response to nerve signals that act as chemical messengers — called dopamine and acetylcholine.

In Parkinson’s, the degeneration of motor neurons that produce dopamine in a brain region called the striatum results in difficulties with voluntary movement control.

Therapies that increase dopamine or activate dopamine receptors, such as levodopa, are currently used to restore motor skills. However, these treatments are not fully effective and their benefits wear off over time.

Researchers have thought that a decline in dopamine levels would increase acetylcholine production. Higher levels of acetylcholine are suggested to cause the dyskinesia — uncontrolled, involuntary movements — observed in Parkinson’s patients under long-term dopamine therapy.

Researchers at Yale University questioned points in these assumptions. They investigated how dopamine affects acetylcholine by looking at a specific type of nerve cell, called striatal interneurons, that is the main source of acetylcholine in the striatum.

To test the effects of dopamine loss, the team used a mouse model genetically modified to mimic Parkinson’s that has a progressive decline in dopamine levels. When motor symptoms appear in these mice, it is estimated that about 30% of dopamine is already lost, increasing to 60–80% at their death.

This progressive dopamine loss, the researchers saw, was matched in the animals by an initial and smaller decrease in the production of acetylcholine by striatal interneurons, creating an imbalance.

“While the concentrations of both dopamine and acetylcholine decline, the balance between these two neurotransmitters shifts to favor acetylcholine,” the researchers wrote.

Subsequent release of dopamine from remaining axon terminals push an increase of acetylcholine, worsening the imbalance between both neurotransmitters.

Under dopamine depleted conditions, proper motor function is dependent on adequate levels of both acetylcholine and dopamine, the study concluded.

Future treatments aiming to slow Parkinson’s progression should include those targeting the balance between acetylcholine and dopamine.

“Our findings suggest that targeted cholinergic therapy [those that mimic the action of acetylcholine] has a place in the management PD and highlight the need for additional experiments that will offer therapeutic options distinct from disease prevention,” the researchers wrote.