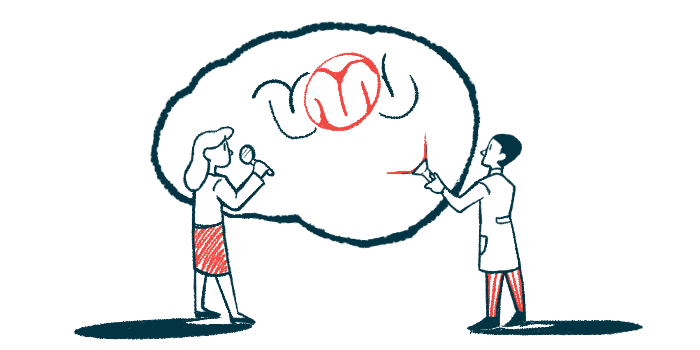 Deep brain stimulation (DBS) may not put people with advanced Parkinson’s disease at a greater risk of excessive drooling, a common non-motor symptom also known as sialorrhea, according to a yearslong study of patients by researchers in Italy.

Male sex, difficulty swallowing (dysphagia), and more severe disease, however, were found to be risk factors for sialorrhea.

“This is relevant information that expands our knowledge about the impact of DBS on [Parkinson’s] non-motor symptoms,” the researchers wrote.

The study, “STN-DBS does not increase the risk of sialorrhea in patients with advanced Parkinson’s disease,” was published as a brief communication in the journal npj Parkinson’s Disease.

Parkinson’s is mainly marked by motor symptoms such as involuntary tremor (shaking), stiff muscles, and slow movement, but patients also experience a range of non-motor symptoms that can include mood changes and memory loss as well as excessive drooling.

Treatments to ease both these types of symptoms include medication and non-pharmaceutical approaches.

One such approach is a type of surgery called deep brain stimulation (DBS). It involves placing one or more small wires in specific areas of one or both sides of the brain. The wires are clamped to a pulse generator that is inserted into the chest wall. The pulse generator produces a mild electric current that runs through the wires to stimulate areas of the brain affected by Parkinson’s.

There have been reports that DBS may cause sialorrhea and dysphagia as side effects. However, it remains unclear whether these are indeed side effects of DBS or the result of advancing disease.

Researchers looked at the medical records of 132 people with advanced Parkinson’s to find how many developed sialorrhea following DBS or while being treated with medication.

At the study’s beginning, the two groups had progressed to a similar disease stage, as measured by the Hoehn and Yahr scale: a mean of 3 points in the DBS group and 2.7 points in medicine group. No significant group differences were seen between patients with sialorrhea (19.3% DBS vs. 11.4% medicine) and dysphagia (9.1% vs. 6.8%).

Both groups were taking a similar levodopa equivalent daily dose.

Patients who underwent DBS were followed for a mean 3.3 years longer than those who continued taking medication (7.9 vs. 4.6 years). During that time, 24 (27.2%) DBS patients and seven (15.9%) on medication developed sialorrhea.

When the researchers adjusted these data to account for differences in follow-up time, they found no significant difference between the two groups (49.2 vs. 43.7 new cases of sialorrhea per 1,000 person-years).

In evaluating risk factors, the team found that men were 60% more likely to develop sialorrhea. Dysphagia increased the risk of sialorrhea by 3.5 times, and a higher Hoehn and Yahr stage — representing more severe disease — by 2.6 times.

This study’s “main finding is that the incidence rate of sialorrhea did not significantly differ between the groups of patients with and without DBS in the long-term follow up,” the researchers concluded.

“All these findings support the hypothesis that sialorrhea is a consequence of the underlying neurodegenerative disease, regardless of DBS,” they added.