Bial to Market in Europe Sublingual Film for ‘Off’ Periods, If Approved 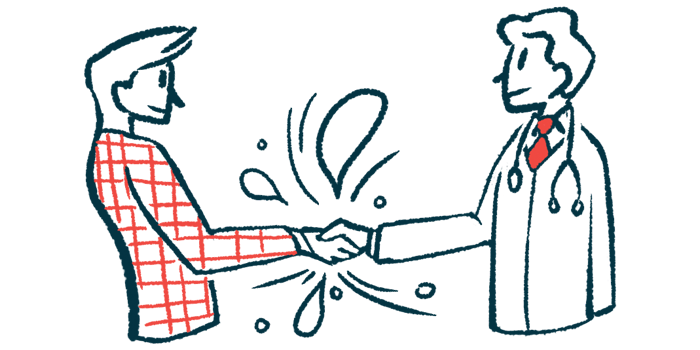 Bial has entered into an exclusive agreement to market upon approval in Europe APL-130277 — Sunovion Pharmaceuticals‘ sublingual (under the tongue) film of apomorphine for off episodes in Parkinson’s disease.

Under the agreement’s terms, Bial will be responsible for preparing a marketing authorization application for regulatory agencies there — drawing on data that includes Phase 3 trials in Europe — which the company expects to submit by the end of the year, a press release stated.

Should the European Commission grant approval, Bial will have full commercial rights to distribute and sell APL-130277 in the 27 countries of the European Union (EU), plus Iceland, Liechtenstein and Norway (part of the European Economic Area), and the U.K.

In exchange, Sunovion will get an upfront payment plus additional milestone payments.

APL-130277, sold under the brand name Kynmobi in the U.S. and Canada, is used for on-demand treatment of short-term (acute), intermittent off episodes in people with Parkinson’s disease.

Parkinson’s is caused by a decrease in dopamine, a signaling molecule that receives and passes on information along nerve cells. One treatment approach aims at restoring dopamine levels in the brain — typically with levodopa, a molecule that is converted into dopamine. Over time, however, medications such as levodopa can begin to lose effect.

Off episodes occur when symptoms reappear, or worsen, as the medication wears off  before a new dose can be taken. An off episode may include fluctuations in motor symptoms like slowness and tremor, and limit a patient’s ability to carry out day-to-day activities independently.

Apomorphine works by mimicking the action of dopamine in the brain. Each off episode is treated with one dose, up to five times a day, with at least two hours between doses. Kynmobi has five approved dose strengths, ranging from 10 to 30 mg.

One of these pivotal trials (NCT02469090) recruited 109 Parkinson’s patients who were responsive to levodopa but experienced off episodes lasting at least two hours a day. They were given either Kynmobi or a placebo during up to five daily off episodes for 12 weeks (about three months). Motor responses were assessed using the Movement Disorder Society Unified Parkinson’s Disease Rating Scale (MDS-UPDRS) Part III score.

Top-line results demonstrated significant improvements in motor symptoms at 30 minutes after dosing at week 12 in treated patients, relative to the placebo group, with a mean reduction of 7.6 points on the MDS-UPDRS Part III score, indicating less severe impairment.

A higher proportion of treated patients also achieved a full “on” response — meaning control of motor symptoms — within 30 minutes of taking Kynmobi at week 12.

In general, Kynmobi was well-tolerated. The most common treatment-emergent side effects in this study were nausea, swelling or pain in soft tissue of the throat at the back of the mouth (oropharyngeal reactions), sleepiness, and dizziness.

Sunovion continues to hold commercial rights to Kynmobi in all regions except the EU, the European Economic Area, and the U.K.