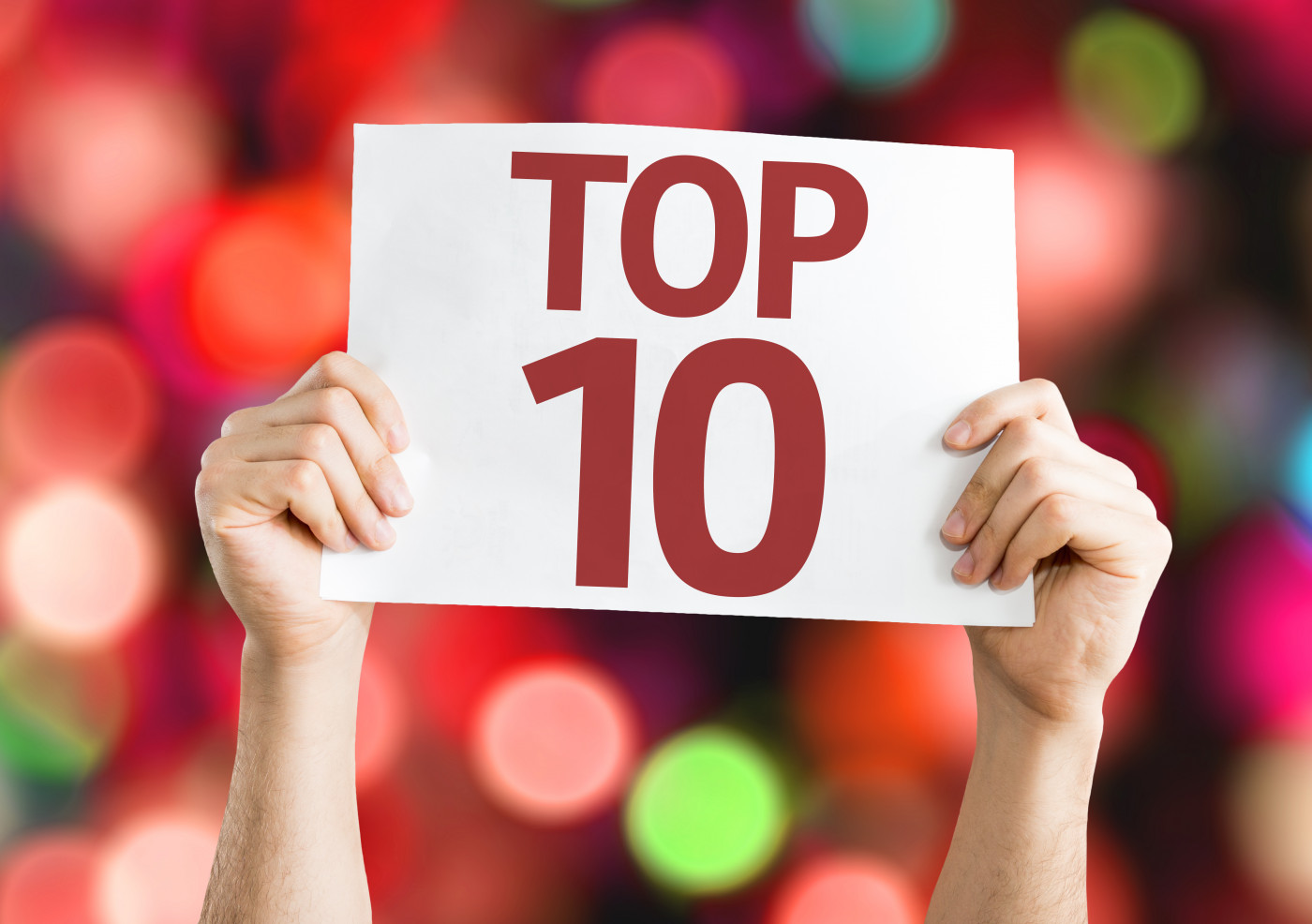 We are looking forward to bringing more news this year to those with Parkinson’s, their caregivers, and loved ones. Here we present our 10 most-read stories of 2020, along with a short summary of what makes them important to the Parkinson’s community.

Last summer, Parkinson’s News Today interviewed Dany Vesely, a 63-year-old Parkinson’s patient whose positive experiences with mannitol gave rise to a documentary and a new venture start-up, called CliniCrowd. The documentary, which premiered on July 29 on an Israeli satellite TV service provider, followed Vesely and his positive experiences with mannitol — an over-the-counter supplement — for two years. These same experiences also provided the basis for the launch of CliniCrowd, a venture start-up that aims to gather patient-reported data on the use of mannitol and other dietary supplements to evaluate their potential effectiveness at easing some of the symptoms of Parkinson’s. Vesely said he hoped the documentary and the launch of CliniCrowd will inspire other patients like himself, and help raise awareness on the potential benefits of mannitol for Parkinson’s.

No. 09 – “Some Dreams Can Predict Long-term Cognitive Decline in Parkinson’s, Study Suggests”

Certain dreams, particularly those involving negative emotions, seem to be associated with cognitive decline on a long-term basis in people with Parkinson’s, according to a study. Patients who had a higher number of dreams involving negative emotions were more likely to have a significant decline in cognitive function when re-evaluated four years later. Importantly, this association was found to be independent of other factors, indicating that dream content may potentially be used to estimate cognitive decline over the course of the disease.

No. 08 – “Levodopa and Its Infused Gel Form Affect Gut Bacteria, May Promote Inflammation”

Levodopa, and especially levodopa/carbidopa intestinal gel (LCIG) — a formulation of levodopa and carbidopa infused directly into the intestines — may promote bowel inflammation and possibly contribute to Parkinson’s progression by changing the composition and metabolism of gut bacteria, according to a study. Patients receiving either levodopa or LCIG had a lower diversity of gut bacteria compared with individuals who were not being treated with any medication. Additionally, compared with those not receiving any antiparkinsonian medications, patients treated with either levodopa or LCIG tended to have lower levels of anti-inflammatory metabolites and higher levels of pro-inflammatory metabolism byproducts in their stool.

A species of “good” bacteria that help people digest food can counteract some of the effects Parkinson’s has on nerve cells. Using a roundworm as an animal model of the disease, researchers showed that when fed with a specific strain of probiotic Bacilus subtilis bacteria, animals developed few or no clumps of toxic alpha-synuclein. A diet of B. subtilis also was found to be able to eliminate alpha-synuclein aggregates inside nerve cells of older animals that had already developed these clumps before being started on the diet. According to investigators, these findings are “exciting,” as they show a link between bacteria normally found in the intestines and alpha-synuclein.

No. 06 – “Newer MRI Approaches May Allow Tremor To Be Treated Without Surgery”

New magnetic resonance imaging (MRI) techniques may allow physicians to treat people with Parkinson’s disease or essential tremor without having to resort to invasive brain surgery.

Unlike other conventional methods, these new high-resolution techniques allow clinicians to identify and eliminate the intermediate nucleus — a pea-size brain region that controls movement and is thought to be defective in these patients — with great precision. These techniques likely will cause fewer side effects, according to investigators, since their high resolution will allow clinicians to spot and remove the intermediate nucleus without damaging other regions. All three MRI techniques have already been cleared by the U.S. Food and Drug Administration (FDA) for human use.

No. 05 – “The Science Behind Mannitol: How a Simple Sweetener May Help Parkinson’s Patients”

Parkinson’s News Today interviewed several researchers in July to gather their opinions on the use of mannitol, a sweetener dietary supplement often used by diabetics as a sugar replacement, in treating people with Parkinson’s. Daniel Segal, PhD, one of the investigators interviewed, has shown that mannitol can be used to prevent the aggregation or buildup of toxic clumps of alpha-synuclein, a protein that is known to play a key role in Parkinson’s.

Despite its promising effects in mice and fly models of the disease, Segal noted that mannitol’s exact mechanism of action is still unknown. Self-reported data from more than 1,500 patients who used CliniCrowd — an online platform that encourages patients to share their experiences with mannitol — showed that 56% of the 78 participants who used mannitol for more than six months felt their symptoms had eased. Yet, the large numerical discrepancy between the total number of participants and those using mannitol consistently made some investigators wary of the findings, among them Karen Raphael, PhD, who also agreed to participate in the interview. Notwithstanding the uncertainties, a Phase 2a trial (NCT03823638) led by David Arkadir, MD, PhD, a physician and neurologist who also participated in the interview, is currently underway — and still recruiting participants — to assess the safety and efficacy of mannitol in people with Parkinson’s.

A diet rich in fruits, vegetables, and nuts may reduce the risk of several non-motor symptoms of Parkinson’s that often precede disease onset, a team of researchers at Harvard University discovered. These symptoms included constipation, depression, and daytime sleepiness. The investigators analyzed diet data from nearly 50,000 people who participated in two large, long-term studies that explored the link between nutrition and overall health. The analyses revealed that people who adhered to the Mediterranean diet, which favors the consumption of fruits, vegetables, and whole grains, and discourages the ingestion of red meat and dairy products, were 33% less likely to experience symptoms that sometimes precede the onset of Parkinson’s. The same tendency was found in other similar diets, with effects seen in both men and women. While the findings were insufficient to establish a cause-effect relationship, they do support the adoption of a healthy diet, the researchers noted.

No. 03 – “Case Report Describes Secondary Parkinsonism Due to Cavernoma in the Striatum”

A team of German researchers described the case of a 75-year-old woman that showcased how secondary parkinsonism — less common types of Parkinson’s in which the cause of the disease is usually known — can be triggered by a cavernoma, or a cluster of abnormal blood vessels, in a brain region called the striatum, which is responsible for controlling voluntary movements. The patient was initially diagnosed with Parkinson’s after undergoing a neurological examination and showing some of its typical symptoms, including bradykinesia (slowness of movement), limb rigidity, and unsteady gait. She was then started on a low-dose regimen of levodopa. Although her unsteady gait and apathy seemed to be the only symptoms that worsened over the following nine years, the patient claimed she never responded to levodopa, even after having her dose upped. These observations led physicians to reconsider their initial assessment and to order additional tests. While she had negative results in tests normally used to assess if motor impairments are being caused by Parkinson’s, brain MRI scans showed she had a cavernoma that had been increasing in size in her right striatum, which was then deemed to be the cause of her secondary parkinsonism.

No. 02 – “Possible Link Found Between Vitamin B12 Levels and Dementia in Parkinson’s”

Our most-read story of 2020 was an interview with Bastiaan Bloem, MD, a neurologist and professor at the Radboud University Nijmegen Medical Center, who warned of the risks posed by herbicides, including the weed killer paraquat and other toxic chemicals used in agriculture, in the development of Parkinson’s. Studies in mice have shown that paraquat, which already is banned in China but not in the U.S., can destroy dopamine-producing neurons, which are progressively lost over the course of Parkinson’s, and is extremely toxic to the brain. According to Bloem, the number of people who will develop Parkinson’s over the next two decades will likely double due to the widespread use of these toxic compounds. This, Bloem said, has the potential to become the next global-scale pandemic that patients and physicians alike will have to face in coming years.

At Parkinson’s News Today, we hope these top 10 stories and our reporting throughout the year contributed to informing and improving the lives of those with Parkinson’s disease, their caregivers, and family members.