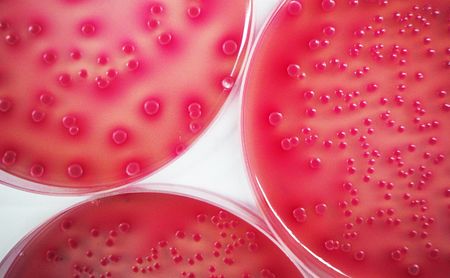 Cell therapy for Parkinson’s disease — especially that based on stem cells — holds great potential but come with significant challenges yet to be overcome.

The International Parkinson and Movement Disorder Society (MDS) recently commissioned a report on the state of stem cell therapies in Parkinson’s, to both educate the community about this potential treatment and to caution patients about therapies promoted without proper scientific support.

Cell therapy consists of introducing new and functional cells into a person’s body, in order to restore damaged tissue.

Many cell therapies rely on stem cells, as these represent early cellular growth stages and can be coaxed into becoming many different kinds of mature cells — a process called differentiation. A major goal of cell therapy in Parkinson’s is to replace lost dopamine-producing (dopaminergic) neurons, which decay as the disorder advances.

Despite significant advances in this field, limitations remain before stem cell therapy might enter into clinical use, the MDS report stated.

The stage or stages of Parkinson’s development best suited to stem cell therapy must still be identified, it gave as one example, as must the types of nerve cell with the most appropriate properties for such a treatment approach.

Other challenges involve growing stem cells into fully functional nerve cells, while ensuring that they stop growing before becoming tumors. Researchers also continue to seek out the best sites for implantation into a patient’s brain, and methods to enable new cells to connect and communicate with existing cells without worrisome side effects.

As a complex disorder, Parkinson’s involves the loss and dysfunction of diverse cell types. As cells become damaged and die, the body attempts to compensate for their loss by making new connections. How new cells might affect these compensatory mechanisms is not yet known.

Finally, the report noted uncertainty as to whether replacing lost neurons would prevent their continued loss, as the transplanted cells may still be affected by Parkinson’s underlying disease mechanism, which is itself a topic of continued scientific debate and may vary between individuals.

Although the report cautions that “goals and expectations of … cell therapy should be carefully considered,” the early results of various lines of research are encouraging.

Fetal dopaminergic neurons, for instance, have been transplanted into a brain region vital to motor function called the striatum, where they successfully integrated with the surrounding tissue, indicating a potential to improve patients’ motor functions.

But toxic clumps of alpha-synuclein, a key disease characteristic, have also appeared in some of these transplanted neurons, again suggesting that new neurons alone may not entirely cure Parkinson’s.

While embryonic stem cells (ESCs) can easily differentiate into any cell type and efforts are underway to bring them to clinical trials, they also carry the highest risk of the uncontrolled growth that leads to tumors.

Mesenchymal stem cells (MSCs) are harvested from bone marrow, fat tissue, and umbilical cord blood, thereby avoiding some of the ethical concerns raised by using ESCs. Although their use has successfully improved motor function in mouse models of Parkinson’s without evidence of tumor formation, their ability to differentiate into dopaminergic neurons is not yet proven.

At the moment, iPSCs also carry a risk of tumor growth. But several approaches aiming to reduce or eliminate this risk are under study.

Despite the still-experimental nature of cell therapy, several “business enterprises” are now offering it to patients, the report stated, and “stem-cell tourism” — people who travel to private clinics and pay “large sums of money … for unproven cell therapies” — is underway.

The MDS advises caution when considering these products, as evidence does not support their widespread use outside of clinical trials.

“The Society fully supports research into the area of cell-based therapies and recognizes that there potentially is much to be gained by research in this important area,” the report’s authors wrote.

But “until such treatments are proven to be of benefit and safe, and validated by data published in recognized scientific journals,” they continued, “the Society would encourage patients only to participate in cell therapy studies that are part of a research program in a recognized academic institution with rigorous oversight.”