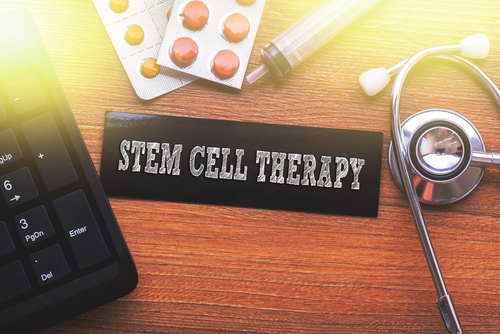 A new process to select and purify stem cells that hold therapeutic potential to replace dopamine-producing neurons may hasten clinical development of this promising avenue to treat Parkinson’s disease.

Upon being transplanted, these cells promoted dopamine production and reduced the severity of disease-related motor symptoms in an animal model of Parkinson’s disease.

The pre-clinical study with that finding, “Discovery of Novel Cell Surface Markers for Purification of Embryonic Dopamine progenitors for Transplantation in Parkinson’s Disease Animal Models,” was published in Molecular & Cellular Proteomics.

Current standard therapies for Parkinson’s disease focus mainly on restoring dopamine signaling in the brain to reduce the severity of symptoms and improve patients’ quality of life. However, this strategy does not resolve the main mechanism that leads to dopamine reduction — the loss of a specific population of brain cells called dopaminergic neurons.

In recent years the transplant of stem cells (a type of cell that can give rise to almost any cell type in the body) that can replace dopamine-producing neurons has become an attractive therapeutic pathway. But its translation into the clinics has been delayed, in part, due to the difficulty to select and purify stem cells that hold therapeutic potential without contamination of unwanted progenitor cells that could lead to tumors  and other complications.

Researchers now have developed a new standardized method that can ease the selection and purification of stem cells that specifically differentiate into dopamine-producing nerve cells, which are those affected in Parkinson’s disease.

The team engineered human stem cells to produce a green florescent protein that could be detected easily, as well as the LMX1A protein, which is an important marker of dopaminergic progenitors during brain cell differentiation.

These stem cells were cultured for 12 days in the laboratory and transformed into the desired mature dopamine-producing neurons. In undifferentiated cells, the fluorescent reporter was not produced.

The team further isolated their cells of interest based on the presence of a surface protein, called contactin 2 (CNTN2), which also is a characteristic marker of dopaminergic brain cell progenitors.

To test their activity, researchers transplanted these purified cells into the brains of rats with Parkinson’s disease, and compared the animals’ outcomes with those transplanted with unpurified stem cell-derived cells, or those left untreated.

Both groups of treated rats showed significant symptom improvement after 10 weeks of receiving the cells. Still, the rats that received CNTN2-enriched cells — produced and isolated using the new method — had a faster motor recovery and better dopamine production.

Given that, the newly established purification method can be an efficient approach to produce large numbers of human stem cell-derived “dopaminergic progenitors for therapeutic applications,” they added.