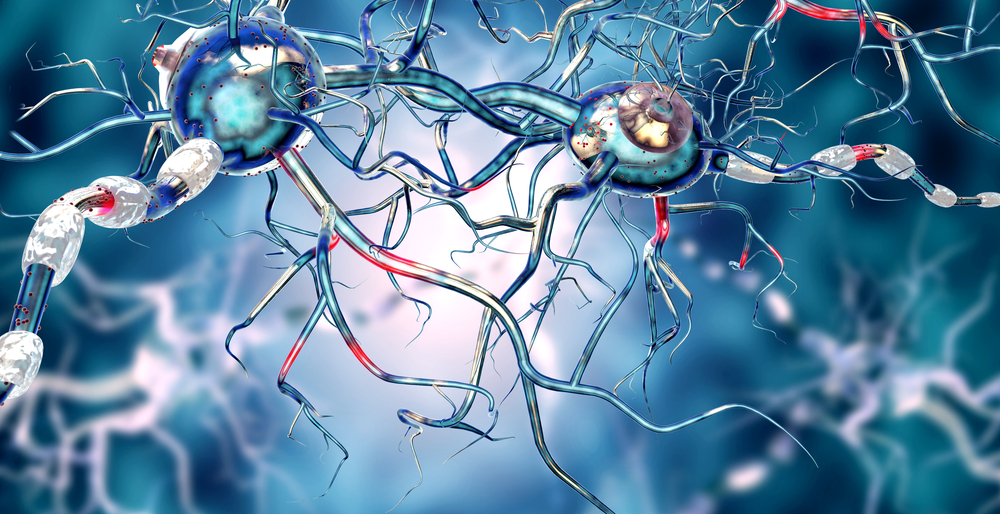 How cell surface proteins participate in spreading, from one cell to another, misfolded proteins related to neurodegenerative diseases like Parkinson’s and Alzheimer’s, possibly aiding in the progression of these disorders, was seen in early research.

The study, “Specific glycosaminoglycan chain length and sulfation patterns are required for cell uptake of tau versus α-synuclein and β-amyloid aggregates,” was published in The Journal of Biological Chemistry.

Parkinson’s and like diseases are marked by an accumulation of misfolded protein aggregates that contain α-synuclein, β-amyloid, or tau. Studies suggest that these proteins spread from cell to cell — or “seed” cells — turning normal proteins into disease-promoting ones.

Researchers at UT Southwestern discovered in 2013 that these abnormal proteins bind to heparan sulfate proteoglycan (HSPG) — a specific type of sugar-protein molecule found on a cell’s surface — in order to enter a cell and seed it with misfolded proteins that then aggregate.

But they did not know if specific HSPG features were necessary for binding to take place.

HSPGs can have distinct patterns of sugars, which themselves can hold specific patterns of sulfur-containing groups called sulfate moieties.

Using lab-grown brain cells, the researchers tested the binding and cell-uptake behavior of α-synuclein, β-amyloid, and tau based on the sulfate moieties in the HSPGs on the cells’ surface. [Lewy bodies that characterize Parkinson’s contain α-synuclein protein clumps in abundance.]

They found that abnormal tau only entered cells when an extremely specific sulfur-modified HSPG was evident. But the other two proteins were more adaptable as to the kinds of sulfate moieties that triggered their uptake, or entrance into a cell.

“Tau aggregates required a precise … architecture with defined sulfate moieties… whereas the binding of α-synuclein and  Aβ [β-amyloid] aggregates was less stringent,” the researchers wrote.

Enzymes that generate HSPGs’ distinct patterns of sulfur-containing groups were also identified. In the absence of these enzymes, the researchers found, abnormal tau and α-synuclein could not get inside a cell, as if they lacked the key.

“There’s something very remarkable about how efficiently a cell will take up these aggregates, bring them inside and use them to make more,” Barbara Stopschinski, MD, the study’s first author, said in a press release. “This knowledge has important implications for our understanding how neurodegenerative diseases get worse over time. Because we have identified specific enzymes that can be inhibited to block this process, this could lead to new therapies.”

A next step, the team added, is to understand if the molecular processes observed in these lab-grown cells also take place in a living brain.