Dopamine Transporter in Brain May One Day Tell Parkinson’s Severity 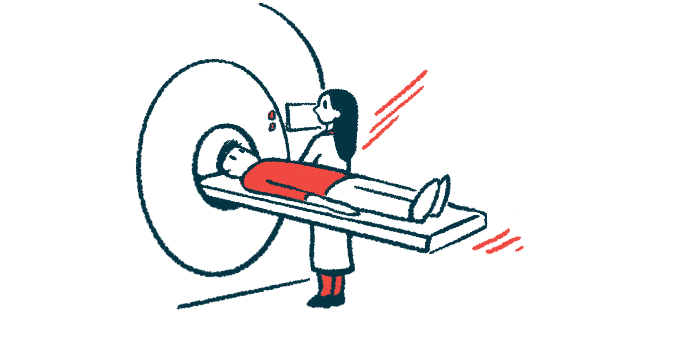 Using simulated images, researchers have developed a method that may allow them to quantify how much dopamine transporter — a protein that pumps the chemical messenger dopamine into cells — there is in brain regions linked to Parkinson’s disease.

With this imaging method, it may be possible to get an accurate measurement of dopamine transporter levels, which would allow doctors to track disease progression over time.

“This opens up a new and important research frontier,” Abhinav Jha, PhD, who led the study, said in a university press release. Jha is an assistant professor of biomedical engineering at the McKelvey School of Engineering and of radiology at the Mallinckrodt Institute of Radiology at Washington University, in St. Louis, Missouri.

“All of these studies may lead to new biomarkers for measuring the severity of Parkinson’s disease and possibly for differential diagnosis of the disease,” Jha said.

Parkinson’s occurs when dopamine-releasing nerve cells in certain regions of the brain become damaged or die. But scientists have struggled to create an accurate picture of the changes going on in the brains of people with Parkinson’s.

Levels of the dopamine transporter protein, known as DaT, have been shown to be key in Parkinson’s development.

Before a DaT SPECT is taken, a radioactive tracer known as ioflupane is injected into the blood and makes its way into the brain, where it binds to the dopamine transporter protein. That protein can be found on the surface of the nerve cell endings in an area of the brain called the striatum.

The radioactive tracer can be seen using SPECT. Because people with Parkinson’s have fewer nerve cells in the striatum than healthy individuals, they will typically have a smaller signal in this area of the brain.

There are three regions within the striatum — called the caudate, the putamen, and the globus pallidus — that sit “close to each other,” the researchers wrote. While the majority of studies aiming to develop biomarkers for Parkinson’s have focused on measuring the dopamine transporter uptake within the caudate and putamen regions, these measures only correlate with severity in the early stages of the disease.

Now Jha and doctoral student Ziping Liu, along with Joel Perlmutter, MD, a professor of neurology at Mallinckrodt, set out to determine if dopamine transporter uptake within the globus pallidus could serve as a biomarker.

According to Perlmutter, “such measures are critically important to development of new treatments to slow disease progression.”

To get an accurate measurement of dopamine transporter levels in all of these regions, researchers must be able to break down the images into multiple parts in an optimal manner. This is called segmentation.

Jha’s team knew that it’s easier to delineate the regions using magnetic resonance imaging (MRI) scans. So they set out to transfer this knowledge into SPECT images.

They first tested how to best do this on MRI scans of 580 cognitively healthy individuals. Then, they used clinically guided highly realistic simulations of SPECT images of 100 people with Parkinson’s. From these, the researchers found that the method allowed for a segmentation that closely matched that done for MRI scans.

The team also showed that the method was accurate enough to measure with little error how much of dopamine transporter there was in each of the three regions.

“The results motivate further evaluation of the method with physical-phantom and patient studies,” the researchers concluded.