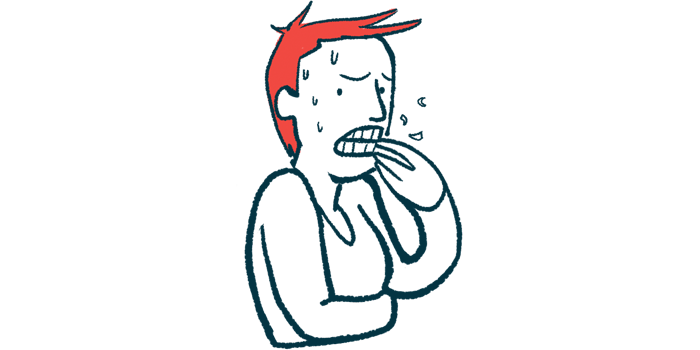 The use of antidepressants or anti-anxiety medications was linked to the development of Parkinson’s disease in women 65 and older, a U.S. study found.

Using more than one of these medications, or changing medications over time also were significantly tied to a further increased risk, data showed.

The study, “Psychotropic medication use and Parkinson’s disease risk amongst older women,” was published in the Annals of Clinical and Translational Neurology.

Butyrate Made by Gut Bacteria Linked to Depression

Women, particularly those who are post-menopausal, are a high-risk group for having conditions requiring the use of psychotropic medications. Women older than 65 also comprise a large proportion of late-onset Parkinson’s cases with more severe symptoms, a faster disease progression, and shorter survival.

The research team analyzed longitudinal data collected from the Women’s Health Initiative (WHI) to investigate whether the use of psychotropic medications was associated with Parkinson’s risk among Medicare-eligible women who are at least 65 years old. Participants in the WHI were recruited across 40 U.S. sites between 1993 and 1998.

Data from 53,996 women who were followed for an average of 14.39 years were included in the analyses. Information regarding the use of psychotropic medications at the study’s start and at a three-year follow-up were available for 17,266 women.

The overall prevalence of antidepressant, anxiety, and hypnotic (sleep) medication use were 15%, 7% and 8%, respectively. Use of these medications was notably influenced by several demographic factors, with women who were white, Asian, younger, obese, and those with worse self-rated health being more likely to use psychotropic medications.

Use of antidepressants and anti-anxiety medications each were linked to a significantly elevated risk of developing Parkinson’s, whereas hypnotics were not.

About 23% of the women used one type of medication, while 5% used two or three types at once. While taking one medication yielded about a 50% increased risk of Parkinson’s compared with those who didn’t use any, use of two or more was linked to about an 150% increased risk.

Between the study’s start and follow-up, 23% of women experienced a change in their medication, including 13% of women who switched from nonuse to using any of the medication, and 1o% who stopped using  a medication.

Women who experienced a change in medication — either an addition or removal — also were more likely to develop Parkinson’s. This finding is “likely due to the fact that [Parkinson’s] degeneration is ongoing and that depression/anxiety are part of a changing, progressing disease, with changing manifestations that can result in changing treatments,” the researchers wrote.

The team similarly analyzed a subgroup of women who had been specifically diagnosed with depression, anxiety, or a sleep disorder at the beginning of the study. This group comprised 27,631 women, who were followed for an average of 14.29 years. Ultimately, 1,137 of them developed Parkinson’s.

Analyses for this subgroup revealed similar findings to those from the overall sample, with the use of anti-depressants and anti-anxiety medications linked to a higher Parkinson’s risk.

While the findings overall link the use of psychotropic medications to Parkinson’s onset in older women, a possible explanation is that “the underlying psychiatric disorders, namely depression/anxiety, are the actual predisposing factors for [Parkinson’s],” the researchers noted.

“Future studies are needed that can examine hypothesized relationships in the context of a broader population of older adults using national and international databases,” the team added.