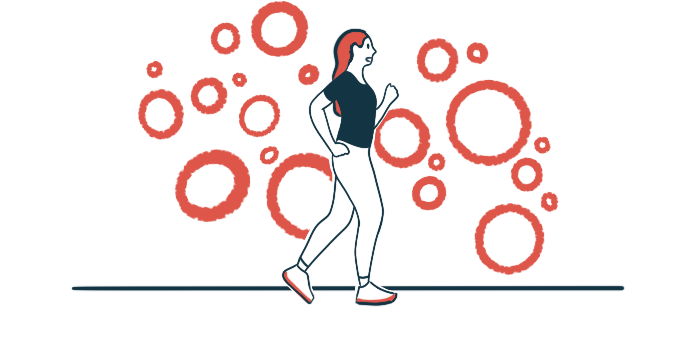 Researchers also observed that older people and those engaging in these programs for longer periods may get the most benefit.

The review study, “Effects and parameters of community-based exercise on motor symptoms in Parkinson’s disease: a meta-analysis,” was published in BMC Neurology.

Review study into potential benefits of community exercise with Parkinson’s

Parkinson’s is marked by the degeneration and death of nerve cells that make dopamine, a chemical that sends signals to neurons that control how the body moves.

Their loss brings about a range of motor symptoms, such as involuntary shaking (tremor), stiffness and slowness of movement, and difficulties with balance, all of which can increase the risk of falling.

Various treatments for Parkinson’s aim to ease disease symptoms and maintain quality of life, and can include non-pharmacological treatments such as physiotherapy.

“At present, rehabilitation is mainly performed with equipment or professional therapists, which improves the condition of patients but also increases the economic burden of patients,” the researchers wrote.

“Community-based exercise … does not require a professional physical therapist, expensive equipment, or a particular location and is suitable for long-term recovery from illness, with easy access and low cost,” they added.

Community-based exercise was considered any form of exercise not guided by a physiotherapist or not requiring special equipment. Patients given usual care — that not including any exercise therapy — were considered a control group for comparisons.

A total of 22 studies, involving 809 people with Parkinson’s, were included in the meta-analysis. Community-based exercise included dance in five studies, tai chi in five, QiGong in four, tango in three, yoga in two, Nordic walking in two, and home-based exercise in one.

Tai chi originated as a Chinese martial art but, similar to QiGong, now largely is a low-impact exercise program involving postures and breathing techniques. Nordic walking uses poles to work the upper body as well as the legs.

Most studies were conducted in North America and Asia (nine each), while four took place in Europe and one in Oceania.

Most programs ran for 12 weeks (about three months), but duration ranged from one month to one year. The sessions typically were held two to three times a week, and each session lasted one hour in all but two studies.

The effects of community-based exercise on Parkinson’s motor symptoms were determined mainly through changes in the Unified Parkinson’s Disease Rating Scale (UPDRS)-Part 3.

Pooled data revealed that community-based exercise resulted in a mean decrease of 7.91 points in the UPDRS-Part 3 relative to controls, indicating a relief of motor symptoms. Exercising twice a week was most effective, the researchers noted.

In a Timed Up and Go test, which measures balance and the risk of falling, patients who engaged in community-based exercise shortened the time they took to stand up from a chair, walk three meters (about 10 feet), and then come back to the chair by a mean of 2.32 seconds.

Those undergoing such exercise were able to walk a mean of 55.84 meters longer than controls in a six-minute walk test. They also scored a mean of 4.33 points more in the Berg Balance Scale, indicating better balance.

While data varied widely across studies, “this meta-analysis suggests that community-based exercise may benefit motor function,” the researchers wrote.

A patient’s age and the program’s duration were seen to influence the effects of community-based exercise on UPDRS-Part 3 scores. That is, older people and those engaging in such a program for longer periods experienced greater reductions in motor symptoms.

“This meta-analysis suggests that community-based exercise may benefit motor function in patients with [Parkinson’s disease],” the researchers wrote, adding that it “provides strong evidence for patients to choose more rehabilitation pathways.”

“Future studies should consider the influence of age, duration of treatment, and weekly frequency,” the team concluded.