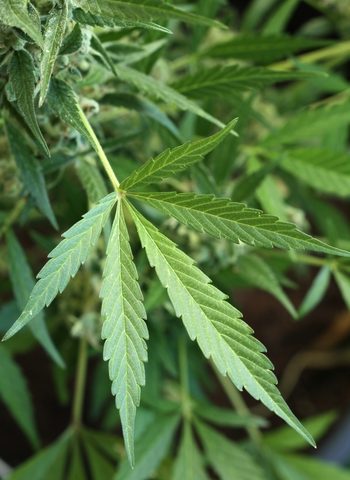 GeneFo has created a free state-by-state guide for Parkinson’s patients with detailed and relevant information on medical cannabis, including the application process.

Updated to March 2018, the guide may help patients get additional therapy and improve their lives. It includes legal information, patient’s rights, an application checklist, links and forms to download, and important tips for each state.

Although cannabis remains federally illegal in the U.S., many states have legalized cannabis for valid medical purposes. As of March 2018, 16 states consider Parkinson’s disease a qualified condition, and 13 states qualified symptoms that may occur in Parkinson’s, such as pain, nausea, and muscle spasms.

“However, the process of getting a card approval is not smooth in most states, and requires gathering information and documents, clinical certifications, and administrative forms,” Neer Ziskind, CEO of GeneFo, said in a press release.

For most states, to qualify for medical cannabis, patients must:

Some states require that caregivers also be registered.

Current therapies for Parkinson’s disease can help manage symptoms, but are often associated with adverse events. The use of alternative therapies, such as cannabis — also called marijuana — are increasing among Parkinson’s patients to help improve their symptoms.

Numerous studies have been conducted on cannabis and its active components as a potential treatment for several neurodegenerative conditions. While not entirely conclusive, research on cannabis shows promise for people with Parkinson’s disease.

A study published in Clinical Neuropharmacology showed that cannabis reduced tremors and pain, and improved sleep quality in Parkinson’s patients within 30 minutes of consumption. Other studies have also found evidence of cannabis’ benefits in this patient population, including recent results published in the European Journal of Internal Medicine reporting that medical cannabis is a safe and effective way for older people to alleviate symptoms of Parkinson’s, cancer, and other diseases, particularly pain.

However, the lack of robust clinical data prevents doctors from recommending it because its effects on patients are not fully understood. Before being widely accepted as a therapy, larger, more adequate clinical trials are necessary to confirm its benefits in Parkinson’s patients. And major efforts are starting to move in that direction.

“We trust that this free resource will help more PD patients secure an additional therapeutic avenue and improve their daily living,” Ziskind said.

Marta Figueiredo holds a BSc in Biology and a MSc in Evolutionary and Developmental Biology from the University of Lisbon, Portugal. She is currently finishing her PhD in Biomedical Sciences at the University of Lisbon, where she focused her research on the role of several signalling pathways in thymus and parathyroid glands embryonic development.
×

Marta Figueiredo
Marta Figueiredo holds a BSc in Biology and a MSc in Evolutionary and Developmental Biology from the University of Lisbon, Portugal. She is currently finishing her PhD in Biomedical Sciences at the University of Lisbon, where she focused her research on the role of several signalling pathways in thymus and parathyroid glands embryonic development.
Latest Posts